The risk of developing liver cancer may be significantly higher for people who have low levels of the nutrient selenium in their blood, suggests a new study published in the American Journal of Clinical Nutrition. 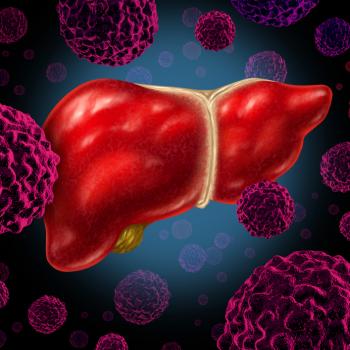 The selenium content of food varies greatly, as it depends on how much of the element is in the plants animals consume, as well as how much is in the soil in which plants grow.

According to the National Institutes of Health (NIH), selenium is essential for human health, with beneficial roles for reproduction, the immune system, and DNA synthesis.

Studies have also shown that selenium has antioxidant properties, meaning it can protect against oxidative stress – the process by which uncharged molecules called free radicals damage cells.

Since oxidative stress has been associated with cancer development, some studies have suggested that selenium deficiency – resulting in reduced protection against free radical-related cell damage – might be a risk factor for the disease.

With this in mind, Prof. Lutz Schomburg, of the Institute of Experimental Endocrinology in Berlin, Germany, and colleagues set out to investigate whether selenium levels might influence the risk of liver cancer.

Prof. Schomburg and team analyzed the data of around 477,000 adults who were part of the European Prospective Investigation into Cancer and Nutrition (EPIC) study.

They identified 121 patients with liver cancer, 100 patients with gallbladder and biliary tract cancers, and 40 patients with intrahepatic bile duct cancer. All patients had developed these cancers over a 10-year follow-up.

The blood samples of the cancer patients were assessed for selenium levels and compared with healthy controls.

The researchers found that patients with liver cancer and gallbladder and biliary tract cancers had significantly lower selenium levels than the controls.

“We have been able to show that selenium deficiency is a major risk factor for liver cancer.”

However, low selenium levels were not associated with increased risk of gallbladder and biliary tract cancers and intrahepatic bile duct cancer.

According to the American Cancer Society, there will be 39,230 new cases of liver cancer and intrahepatic bile duct cancer diagnosed in the United States this year, and more than 21,000 people will die from these cancers.

Prof. Schomburg stresses that their study does not show that selenium supplementation directly reduces the risk of liver cancer, so no recommendations can be made at present.

“However, it does confirm the importance of a balanced diet, of which selenium forms an integral part,” he adds.

Learn more about the health benefits of selenium.