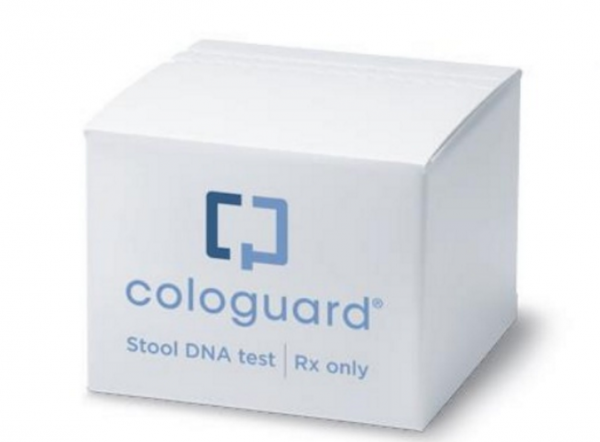 Colonoscopy is the procedure that everybody loves to hate. Not only is the preparation uncomfortable and gross, but the entire process, including recovery, sidelines patients for days.

On top of that, colonoscopies can miss many precancerous lesions, especially in the narrower right side of the colon where they tend to be flatter and less conspicuous due the action of peristalsis, according to Mayo Clinic gastrointestinal cancer researcher Dr. David Ahlquist, who spoke at the recently-concluded Mayo Clinic Transform conference, in Rochester, Minnesota. Now the renowned institution is offering a prep-less colon cancer screening test.

“Colorectal cancer is the no. 2 cancer killer and it’s been that over the last three decades, during which there have been huge efforts to screen for this disease,” Ahlquist told attendees. “There’s an imperative to do this better than we have historically.”

All of these downsides, including patient reluctance to undergo the procedure, led Mayo to invest in and license technologies through Exact Sciences, a company that has spent 11 years and nearly $400 million bringing to market a noninvasive stool-DNA screening test that has been shown to deliver more precise results than colonoscopy. The test, called Cologuard, is housed in a box into which patients defecate, then seal and ship via UPS to the company’s Madison, Wisconsin, laboratory.

Cologuard’s automated laboratory test measures multiple DNA markers in cells shed by the colon, plus hemoglobin, in stool samples. It has demonstrated 98 percent sensitivity for cancer across all stages regardless of tumor site, Ahlquist said.

“It boils down to how the test does in cumulative sensitivity for lesions,” he added. “We think a test like this applied regularly with high compliance throughout the population will make a very big difference with this disease.”

The American Cancer Society recommends that all Americans at average risk for colorectal cancer begin screening at age 50, while those at increased or high risk, such as African Americans and those with a family history, should begin screening earlier.

No test works if patients don’t use it. An Exact Sciences survey revealed that 42 percent of the first 100,000 patients who used Cologuard following its FDA approval in 2014 had no prior screening for colorectal cancer. The compliance rate among patients whose physicians ordered the test was 70 percent, Ahlquist noted. The company landed near-simultaneous approval for reimbursement from the Centers for Medicare and Medicaid Services.

The test costs $649, is reimbursed at about $493 by CMS, and is also reimbursed by about one-quarter of private insurers, according to Exact Sciences CEO Kevin Conroy. Ahlquist predicted in an interview that all insurers will have to cover the test, without copay, by 2018.

Exact Sciences’ mission was to do for colorectal cancer detection what Pap tests have done for detecting cervical cancer, Conroy told the Mayo gathering. In their seven years of collaboration, Mayo has brought deep research, disease knowledge, access to patient samples, and insights that the company did not expect, Conroy said.

Those insights, the dedication of Exact Sciences’ team, and the willingness of investors to pump more than $100 million into the company helped it prepare for a clinical trial of more than 10,000 patients, he added. The results were published in the New England Journal of Medicine in 2014.

To comply with regulatory standards, Exact Sciences had to build a dedicated laboratory for the automated testing. That 40,000-square-foot lab can process 1 million samples per year, and the company expects that to double, Conroy said though no timeline was specified to achieve that goal. Exact Sciences has also assembled a sales force of 260 and they had landed orders from 41,000 doctors through June 2015, of whom about 30,000 are in primary care, he noted.

Exact Sciences also has has dedicated staff who call patients them within a few days of shipping to learn whether they have used the test and sent it back to the company’s laboratory. Those phone calls have helped boost patient compliance, which then improves physicians’ quality credits in the Healthcare Effectiveness Data and Information Set (HEDIS) performance tool used by more than 90 percent of U.S. payers, Ahlquist said.

The long, expensive process that many medical technology companies go through to get innovative products to market should not be a deterrent, he told attendees.

“There is a culture that pushes back against disruptive innovation,” Ahlquist said. “We need to anticipate it, plan for it, mitigate it, (and) understand the anthropology rather than get frustrated.”