Bone lengthening definition: i.e. traction osteogenesis is cut bone, retention of soft tissue and blood supply, a special traction device is fixed at both ends, the rule of tensile stress is applied gradually applied tension of the bone segment and slow distraction, continue to stimulate the body’s tissues, stimulate the body tissue regenerative potential, so that the formation of new bone osteotomy gap, to achieve the purpose of bone regeneration. 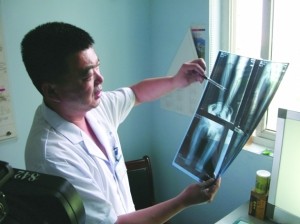 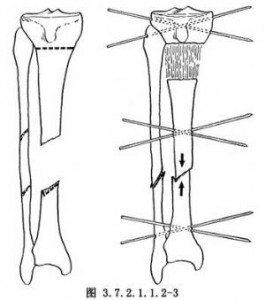 Today’s standard bone-lengthening process requires cutting the bone in half and then placing a bulky, tubular frame around the limb for at least six to nine months. The frame, known as an external fixator, is joined to the broken bone through large pins that penetrate the skin. Overtime, the fixator slowly pulls the two halves of bone apart, which promotes new bone tissue to grow and form in between them.

Dr. Abdelgawad’s up-and-coming device has several advantages to this current method. It sidesteps the bulky frame, which is particularly uncomfortable for children, and it avoids penetrating the skin with pins, which often succumb to infection. No pins also means there will be much less pain and scarring, Dr. Abdelgawad says.

Dr. Abdelgawad’s patent-pending device could completely avoid potential damage of the growth plate. The plan is for it to be entirely internal, requiring a single implantation of a thin, metal plate that attaches alongside the bone with screws. Using a handheld remote control, the patient can adjust the rod to extend slowly over time, thereby extending the bone.

“This is going to give children who need it access to bone-lengthening,” says Dr. Abdelgawad. “It’s going to help those who suffer from skeletal deformities like dysplasia, limb-length discrepancies or those who have suffered from bone trauma.”

The orthopedic surgeon presented his innovative bone-lengthener at the Children’s National Health System’s annual Pediatric Surgical Innovation Symposium in October. Out of 53 pediatric medical devices that were showcased, the bone-lengthener was recognized as one of the top eight innovations.

The device is still in the development phase and is co-patented with Noe Vargas Hernandez, an associate professor of engineering at Carnegie Mellon University.