A meta-analysis of Laurentiis De, Italy, to compare the DFS and overall survival of patients with high risk of early breast cancer, compared with the addition of paclitaxel in the treatment of patients with an early stage of the disease. 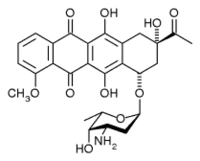 One of the most effective drug treatments for the treatment of breast cancer is Anthracyclines.

Breast cancer patients treated with anthracycline-based chemotherapy regimens may be at greater risk of neurocognitive problems than those given nonanthracycline regimens, indicate findings. 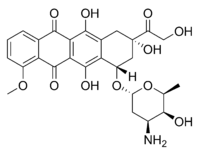 Specifically, the 20 women who had received standard-dose doxorubicin-based treatment at least 6 months prior to analysis demonstrated significantly poorer verbal memory performance than the 19 treated with nonanthracycline-based chemotherapy and the 23 who did not receive chemotherapy. This was the case for both the total recall and delayed recall sections of the Hopkins Verbal Learning Test–Revised.

Given that the precuneus has a role in various cognitive functions, including memory, Shelli Kesler (University of Texas MD Anderson Cancer Center, Houston, USA) and Douglas Blayney (Stanford University School of Medicine, California, USA) speculate that “disrupted connections between the precuneus and frontal-hippocampal regions would particularly affect memory function.”

They also found that both anthracycline- and nonanthracycline-treated participants reported greater cognitive dysfunction and psychological distress – as assessed by the Behavioral Rating Inventory of Executive Function and the Clinical Assessment of Depression– than those not given chemotherapy.

As such they think it would be useful to understand “the relationship between subjective symptoms and connectivity measurements” in order to clarify the mechanisms underlying post-treatment cognitive problems in patients with cancer.

Saykin et al conclude that this study “represents an important step forward while underscoring the need for larger studies”, which they say would not only enable further discrimination of the effects of different regimens, but also allow the evaluation of other patient-specific factors, such as genetic variability.