ADHD is short for hyperactive child syndrome. Hyperactive child syndrome, minimal brain dysfunction syndrome, is a relatively common childhood mental disorders syndrome. Children with normal or near normal intelligence, hyperactivity (in some cases too much inactivity performance), inability to concentrate, mood swings, impulsive self-willed, and often accompanied by varying degrees of learning difficulties. Children are innocent and good move, it can not arbitrarily say naughty child is suffering from ADHD, long-term observation for a job. 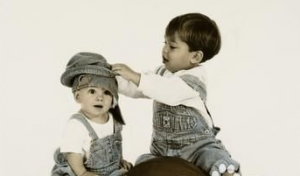 A new study led by Jeffrey P. Brosco, M.D., Ph.D., professor of clinical pediatrics at the University of Miami Miller School of Medicine, has identified a possible correlation between the prevalence of attention-deficit/hyperactivity disorder (ADHD) and increasing academic demands on young children.

“When we researched educational and public policy literature for studies that documented time children spent on academic activities, we were alarmed to find how substantially education had changed since the ’70s,” said Brosco, who is also associate director of clinical services at the Mailman Center for Child Development at UHealth – the University of Miami Health System. “From time spent studying to enrollment rates in pre-primary programs, everything had increased, and not surprisingly, in the past 40 years we also saw ADHD diagnoses double.”

Brosco and co-investigator Anna Bona, a graduating Miller School medical student, found that from 1981 to 1997, time spent teaching 3- to 5-year-olds letters and numbers increased 30 percent. They also discovered that the percentage of young children enrolled in full-day programs increased from 17 percent in 1970 to 58 percent in the mid-2000s. And 6- to 8-year-olds in 1997 saw time spent on homework increase to more than two hours a week, when a decade earlier their peers were studying less than an hour.

While ADHD is a neurobiological condition, Brosco said it is influenced by age-dependent behaviors and demands of the environment. As academic activities have increased, time for playing and leisure has decreased, resulting in some children being seen as outliers and ultimately being diagnosed with ADHD. Although Brosco’s study does not prove causality, it does highlight a need for additional research on the effects of increasing academic standards for young children.

“We feel that the academic demands being put on young children are negatively affecting a portion of them,” he said. “For example, beginning kindergarten a year early doubles the chance that a child will need medications for behavioral issues.”

Brosco added that the study should not be seen as maligning full-day programming or education for young children. Children should, however, participate in learning activities that are developmentally age appropriate. At such a young age, he adds, what’s most important is that kids experience free play, social interactions and use of imagination. For parents eager to spur academic achievement, Brosco recommends putting away the flash cards and worksheets, and instead playing a board game, cooking a meal or reading a book together.

“In the United States we’ve decided that increasing academic demands on young children is a good thing,” Brosco said. “What we haven’t considered are the potential negative effects.”