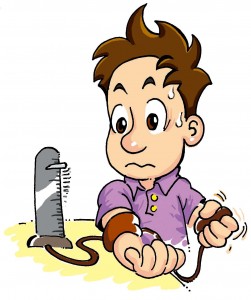 New research just published has highlighted how El Nino?o could be transporting and spreading waterborne diseases like cholera thousands of miles, across oceans, with significant impacts for public health.

The study, published in the prestigious journal Nature Microbiology from a team of international researchers in the UK and US, explores how the arrival of new and devastating Vibrio diseases in Latin America has concurred in both time and space with significant El Nino?o events.

El Nino?o describes the unusual warming of surface waters along the tropical west coast of South America. These events tend to occur every 3 – 7 years; something many suggest have become more regular and extreme in recent years, as a result of climate change.

Through the new study, the result of a long-term collaboration with the National Institute of Health (INS) in Peru, the authors observe that reported illnesses caused by waterborne bacteria reported in Latin America seem to be moving in tandem with when and where warm El Nino?o waters make contact with the land.
Most significantly, drawing on new data derived from whole genome sequencing of bacterial strains, they suggest there are links between organisms that are causing illnesses in Asia with those that emerge in Latin America.

Over the past 30 years, coinciding with the last three significant El Ni?o events in 1990/91, 1997/98 and 2010, new variants of waterborne pathogens emerged in Latin America.

These included a devastating cholera outbreak in Peru in 1990, leading to over 13,000 deaths, as well as two instances in 1997 and 2010 where new variants the bacterium Vibrio parahaemolyticus led to widespread human illness through contaminated shellfish.

Lead author from the University of Bath’s Milner Centre for Evolution and Department of Biology & Biochemistry, Dr Jaime Martinez-Urtaza explains: “Through our findings we suggest that so-called vibrios – microscopic bacteria commonly found in seawater – can attach to larger organisms such as zooplankton to travel oceans. Numerous previous studies have shown how such vibrios bind to and use these larger organisms as a source of energy and through this mechanism, we suggest, they are essentially able to piggyback to travel such enormous diseases, driven by ocean currents.

“The effects of El Ni?o events and their impacts on local weather, fisheries and the risk of more extreme meteorological events are already well-documented. Now understanding the role the ocean currents are also playing in transporting these disease has huge significance for public health campaigns in those countries.”

Co-author, Dr Craig Baker-Austin from the UK Cefas Weymouth laboratory added: “An El Ni?o event could represent an efficient long-distance ‘biological corridor’, allowing the displacement of marine organisms from distant areas. This process could provide both a periodic and unique source of new pathogens into America with serious implications for the spread and control of disease.”