Published in the international journal Cell Reports, scientists from Australia recently study reveals how the malaria parasite caused an inflammatory reaction of the body, the article reveals the ability of the malaria parasite how researchers destroy the body against disease, and for the latter scientists by enhancing the body’s key immunity to develop a new malaria vaccine provides a new way of thinking. 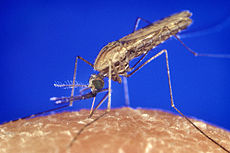 Australian scientists have for the first time revealed how malaria parasites cause an inflammatory reaction that sabotages our body’s ability to protect itself against the disease.

The discovery opens up the possibility of improving new or existing malaria vaccines by boosting key immune cells needed for long-lasting immunity. This could even include vaccines that have previously been ineffective in clinical trials.

Researchers from Melbourne’s Walter and Eliza Hall Institute discovered that the same inflammatory molecules that drive the immune response in clinical and severe malaria also prevent the body from developing protective antibodies against the parasite.

Dr Hansen said it was the first time scientists had pinpointed why the immune system fails to develop immunity during malaria infection.

“With many infections, a single exposure to the pathogen is enough to induce production of antibodies that will protect you for the rest of your life,” Dr Hansen said. “However with malaria it can take up to 20 years for someone to build up sufficient immunity to be protected. During that time people exposed to malaria are susceptible to reinfection and become sick many times, as well as spreading the disease.”

Malaria has traditionally been difficult to manage because the body is not good at developing long-lasting immunity to the parasite, which has hampered vaccine development, Dr Hansen said.

“This was complicated by the fact that we didn’t know whether it was the malaria parasite itself or the inflammatory reaction to malaria that was actually inhibiting the ability to develop protective immunity.
“We have now shown that it was a double-edged sword: the strong inflammatory reaction that accompanies and in fact drives severe clinical malaria is also responsible for silencing the key immune cells needed for long-term protection against the parasite.”

Dr Kallies said inflammatory molecules released by the body to fight the infection were preventing protective antibodies from being made. “Long-term immunity to malaria and other pathogens requires antibody responses,” he said.

“Specialised immune cells called helper T cells join forces with B cells to generate these protective antibodies. However, we showed that during malaria infection critical inflammatory molecules actually arrest development of helper T cells and therefore the B cells don’t get the necessary instructions to make antibodies.”

Malaria is one of the most serious human infectious diseases, with about 250 million clinical cases each year. Children are particularly susceptible to severe malaria because they have little or no immunity to the parasite. Severe malaria causes symptoms including anaemia, breathing difficulties, kidney failure and coma, and can quickly lead to death.

Dr Hansen said the findings could lead to new avenues in the search for effective malaria vaccines. “This research opens the door to therapeutic approaches to accelerate development of protective immunity to malaria and improve efficacy of malaria vaccines,” she said.

“Until now, malaria vaccines have had disappointing results. We can now see a way of improving these responses, by tailoring or augmenting the vaccine to boost development of helper T cells that will enable the body to make protective antibodies that target the malaria parasites.”