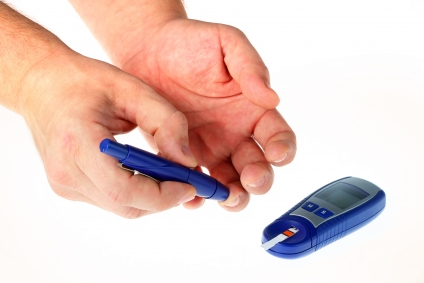 Another established device maker is throwing its hat in the ring of artificial pancreas development.

Insulet, the maker of the tubeless insulin pump, announced Tuesday that the first patient has completed the feasibility study to test its OmniPod Horizon Automated Glucose Control System, a hybrid closed loop system intended for patients that depend on insulin or type 1 diabetes patients.

The full study will enroll 20 such adults to see how they respond to a personal Model Predictive Control algorithm — Insulet acquired the algorithm, originally developed at the University of California Santa Barbara from a company in February — along with the Omnipod platform. The data gathered through this study will help to perfect the algorithm in future studies  that the company will need to conduct to get the product through the Food and Drug Administration.

The agency, meanwhile, is already reviewing the premarket approval submission for another hybrid closed loop system — this one from Medtronic. If approved, Medtronic will have the distinction of introducing the first hybrid loop system, which is different from a fully closed loop artificial pancreas. The latter technology doesn’t require any patient input in the delivery of insulin.

A variety of startups including Bigfoot Medical and Beta Bionics are also on the path to automate insulin delivery.

While Insulet, based in Billerica, Massachusetts, may not be first in the marketplace with an approved device, executives believe that it’s system will be distinct from competing products.

“Our personalized Model Predictive Control (MPC) algorithm is intended to be integrated inside the Pod — a true differentiator among the artificial pancreas technologies on the horizon,” said Patrick Sullivan, president and CEO of Insulet, in an email forwarded by a representative. “This feature is intended to allow for uninterrupted insulin control for up to 72 hours, a similar, small footprint to the current Pod and a fully functioning on-body artificial pancreas system.”

Sullivan declined to say how much has been invested so far in the development of the OmniPod Horizon and what will be needed to commercialize the device.

Whatever the investment level turns out to be, the market opportunity is attractive. Sullivan pointed to the fact that only 30% of patients with type 1 diabetes currently meet ADA guidelines for glucose control. And a widely-held belief is that an artificial pancreas will be able to more tightly control a patient’s glucose levels, a big headache in the day-to-day diabetes management.

While Insulet and Medtronic are developing hybrid loop systems, the Holy Grail of diabetes management is the closed-loop system where the device is fully automated and doesn’t depend on the user at all. However, it appears that a system like that needs advances in other key areas as well.

“We do not believe that a full closed-loop is practical with current insulin formulations,” Sullivan said.