Swap that can of cola for a glass of water – your waistline will thank you for it. This is the conclusion of a new study, which found that replacing a single sweetened beverage with water may reduce the risk of obesity and improve overall health. 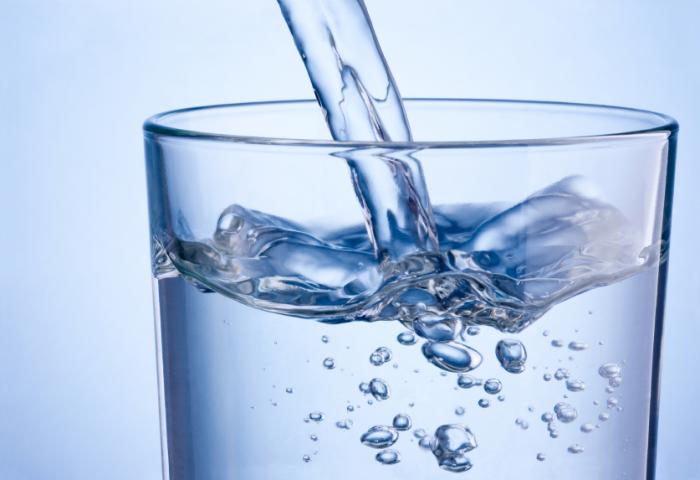 Switching from sugary drinks to water could benefit the waistline and overall health, say researchers.

Study co-author Kiyah J. Duffey, of the College of Agriculture and Life Sciences at Virginia Tech, and colleagues publish their findings in the journal Nutrients.

Obesity is a growing health concern in the United States. Almost 35 percent of American adults are obese, meaning they are at increased risk of type 2 diabetes, heart disease, stroke, and some types of cancer.

Consumption of sugar-sweetened beverages is considered a key contributor to the obesity epidemic; according to the Centers for Disease Control and Prevention (CDC), more than ” target=”_blank”>half of the U.S. population drinks sugary beverages on any given day, with consumption highest among teenagers and young adults.

When you consider that a single 12-ounce can of cola contains more than 9 teaspoons of sugar and around 136 calories, it is not hard to see how sugary drinks can play havoc with health.

For their study, Duffey and colleagues set out to investigate how switching an 8-ounce sugar-sweetened beverage with an 8-ounce serving of water impacts calorie intake and overall health.

The researchers analyzed data from the 2007-2012 National Health and Nutrition Examination Surveys (NHANES), which involved more than 19,000 American adults aged 19 and older.

The team found that adults who swapped a single 8-ounce sugary drink – including soda, energy drinks, and sugar-sweetened coffee – for an 8-ounce serving of water reduced their total percentage of calories from drinks from 17 percent to 11 percent.

“Even those who consumed more sugary drinks per day could still benefit from water replacement, dropping the amount of calories coming from beverages to less than 25 percent of their daily caloric intake,” notes Duffey.

The 2015-2020 Dietary Guidelines for Americans recommend that no more than 10 percent of daily calories should come from added sugar; the team believes swapping a single sugary drink for water could bring us much closer to this target.

The team also found that swapping a sugary drink for water led to a 9-21 percent improvement in HBI scores; higher scores were associated with reduced cholesterol and blood pressure levels. In men, higher HBI scores were also linked to reduced risk of high blood pressure.

Furthermore, the researchers estimated that switching from sugary drinks to water could reduce the prevalence of obesity in the U.S. by 33.5-34.9 percent, while increasing the prevalence of healthy weight by 29.7 percent.

Overall, the authors say their findings provide further evidence that switching from sugar-sweetened drinks to water can reduce calorie intake, which may reduce rates of obesity and its related conditions.

“Regardless of how many servings of sugar-sweetened beverages you consume, replacing even just one serving can be of benefit.”

What A Man For Diet Pills Understand?