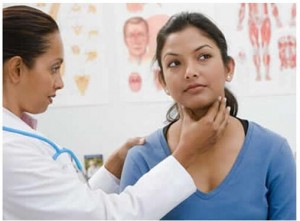 1, medical advances can also cause epidemics

Epidemiologists have another task: to identify and control the epidemic caused by the medical profession. South Korea in the past 20 years, where the incidence of thyroid cancer increased to 15 times the original. Anywhere in the world what kind of cancer are not able to grow so quickly.

We are highly educational, as a significant increase in the incidence of finding biological explanation, perhaps a new pathogen, perhaps environmental exposures. However, in Korea, we see a different situation, because the epidemic is caused by the diagnosis.

In 1999, the Korean government launched a national examination program, the main purpose is to reduce cancer and common diseases. Although this does not include screening for thyroid cancer, but it only needs a simple steps: neck ultrasound. Hospitals have ultrasound equipment, many doctors clinic there. Hospitals and doctors agree that it is outside the government plans a cheap supplementary examination, which encourage patients to check. The patient is also very willing to accept, especially since the government, the medical profession, the media and cancer “survivors” are praised, good for early detection of cancer.

But this also highlights the great accidentally harm early diagnosis: one would have been rare form of cancer, has become the most common cancer in South Korea.

3, a third of adults are suffering from thyroid cancer, death is not a lot of attack

New thyroid cancer patients who come from it? They has been in existence. As early as 1947, the pathologist found, although rarely become cause of death, but often find deceased with thyroid cancer at autopsy. Since then, the study found that more than a third of adults with thyroid cancer. Almost all of which are suffering from a slight “papillary thyroid cancer,” many people in life symptoms are not obvious.

Unless the person receiving the ultrasound. In fact, in Korea, almost all newly diagnosed cancers are papillary thyroid cancer. How do we know this is not true of the epidemic it? Because in Korea, deaths from thyroid cancer has not changed. If ultrasound save the lives of patients, the mortality rate should be reduced fishes, and if the epidemic spread, mortality rate should rise slowly fishes – but the data has no ups and downs.

Diagnosis rendered pandemic on health is not good for anyone, and it needlessly diverted resources, but also unnecessarily frightened patients. But the biggest problem is that it spawned over-treatment in the health care system.

6, blind removal of the thyroid consequences

Most patients are diagnosed with thyroid cancer, the thyroid gland was removed. However, the thyroid gland is an important, control of metabolism can secrete hormones. If removed, the patient is likely to require lifelong thyroid replacement therapy, and the doctor may take some time to find the right dose for each patient. At the same time, patients have to bear high or low levels of thyroxine consequences, including fluctuations in energy and weight.

This procedure will produce some not very common complication. South Korea and the United States, approximately 10% of patients had metabolic problems calcium, about 2% of patients had vocal cord paralysis. In addition, like any surgery, it may produce life-threatening consequences, such as lung blood clots, heart attack and stroke. Per thousand cases of thyroid cancer surgery, there will be about two patients died. Very rare, but it does happen.

Happens in Korea will happen in the US? Absolutely. Although not all parties to work together to promote screening, American Thyroid cases since 1975 has also been increased to three times its original. To reverse this trend, we need to actively discourage early detection of thyroid cancer.

Early detection of deep-rooted concept of good, but also very attractive, so many people think, will do some good to check. However, it is not. South Korea’s experience shows that the practice of trying to early diagnosis of cancer have a negative effect: overdiagnosis and overtreatment. Thyroid cancer and prostate cancer, the most serious problem, however, lung cancer, breast cancer, skin cancer, kidney cancer also exist. Of course, to check for anxiety, this is anyone’s health will not be good.

8, only part of the population requires early detection

Of course, check in some cases significant, especially cancer truly high-risk patients: in the family has died of cancer in people. Moderate risk, but life expectancy is long enough to experience the future earnings potential of people – those who are willing and treatment possibilities now do not need to bring people to accept compromised – may also be identified for inspection reasonable.

9, less than one centimeter thyroid diseases meaningful it

Nevertheless, people are interested in early detection, but also should consider how early count early problems. Of course, we prefer to earlier diagnosis of small breast lumps are not cancer, is not willing to sit back and watch it develop into tumors. But if this reasoning, should look for a microscope to see the small lump, I am afraid too far. Many dimensions of thyroid cancer in Korea found less than one centimeter. If we are to look for cancer, you can always find more cases. But more than a limit, we diagnosed the problem too much, so that they might as well stay there without being detected. In short, let the doctor not so keen on finding cancer early, in the interests of patients.

10, the medical profession is also caused by human pandemic

This is the epidemiologic significance. Too many pandemic experts are not focused on the control of infectious diseases, but looking for a small influence environmental exposures on health, and worse, look for tiny genetic differences influence that may arise. Maybe they should be more important to focus on human health risks: epidemics caused by the medical profession.