A common herb could help reduce antibiotic doses and result in less severe side effects in treatments against multi-drug resistant microorganisms. 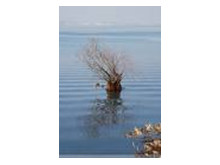 Although often considered a weed, due to its anti-inflammatory and antioxidant properties, willow herb has long enjoyed a solid reputation for easing problems of the prostate gland and urinary tract. New tests confirm that combining some of the commonly used antibiotics with great willow herb extracts may be beneficial in treating bacterial and fungal infections as well.

Many strains of bacteria are becoming resistant to even the strongest antibiotics, causing deadly infections and becoming a global health issue. In America alone this accounts for at least 23,000 deaths each year, as an abuse of antibiotics promotes the development of antibiotic-resistant bacteria. As more and more bacterial strains do not react to any of currently known antibiotics, scientists often turn to nature, screening for plant-derived compounds to identify new drug leads which would be able to control the populations of multi-drug resistant bacteria. An article published now online in Open Chemistry suggests that some of the willow herb extracts exert a synergistic effect with common antibiotics.

Using different solvents, the scientists from the National Institute of Chemical-Pharmaceutical R&D, ICCF-Bucharest in Romania prepared a series of great willow herb extracts. They then screened the extracts – rich in phenolic acids and flavonoids –  for their antimicrobial effect against selected bacterial and fungal strains, to further test different concentrations of extracts along with a series of antibiotics for the possible effects of these combinations on the observed antimicrobial effect.

Interestingly enough, they were able to observe the synergistic effect on bacterial strains which were resistant to some of the commonly used antibiotics. The authors hence suggest that this development could lead to reducing the antibiotic doses, and consequently  to less severe side effects in therapies against multi-drug resistant microorganisms. Courtesy of the herbal healer, some bacterial or fungal infections can be treated with better effects when compared to a therapy based only on antibiotics, as it has potential to influence the antimicrobial effect of some common antibiotics and antibiotics may be co-administered with plant-derived compounds to potentiate their antimicrobial effect.