“ Gotta catch em’ all,” is the aim of the game when it comes to Pokémon Go. But while you’re out and about searching for Charmander and Pikachu to add to your character collection, you might want to keep an eye on your surroundings; a new study concludes Pokémon Go is distracting for both drivers and pedestrians, putting them at risk of motor vehicle accidents. 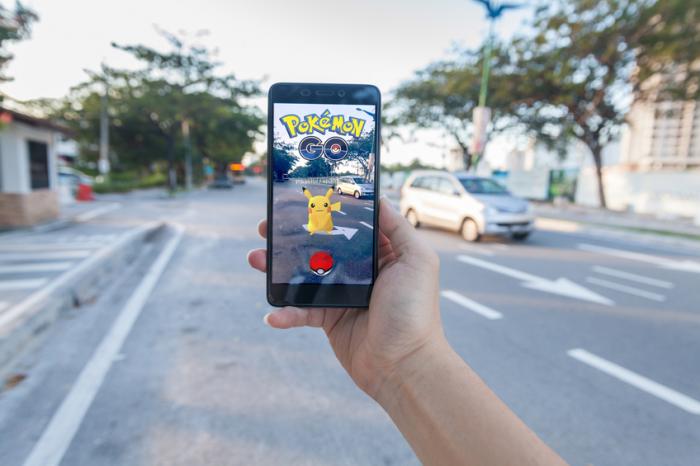 Researchers conclude Pokémon Go is a distraction for both drivers and pedestrians.

Pokémon Go is an augmented reality, free-to-play mobile game. Using a smartphone’s GPS capability, the game enables players to search, locate, and capture more than 100 species of Pokémon in a variety of real-world locations.

Since its launch in July this year, Pokémon Go has taken the world by storm. Within 13 hours of its release, it became the top grossing app in the United States, and it averages at around 4-5 million downloads a day.

Given the nature of the game, its popularity comes as no surprise; unlike traditional video games, the app gets players up off the sofa and outside walking around.

But while Pokémon Go has been hailed for encouraging physical activity, there have been some safety concerns, with reports of traffic accidents, robberies, and even people walking off cliffs as a result of playing the game.

This is primarily because many users seem incapable of taking their eyes off the screen during play, with their focus on finding Pokémon rather than safely crossing the road.

Now, a new study published in JAMA Internal Medicine concludes that Pokémon Go is a distraction and a safety hazard for both drivers and pedestrians.

The team also searched for news reports during the same period that included the terms “Pokémon” and “driving.”

The researchers found that 33 percent of the tweets posted over the 10-day period suggested that either a driver, passenger, or pedestrian was distracted as a result of playing Pokémon Go.

Applying this data to population level, the team estimated that Pokémon Go was responsible for 113,993 incidences over the 10 days, and some of these include motor vehicle accidents.

Of the tweets identified, the researchers found that 18 percent suggested a person was playing the game while driving. One example of such a tweet is: “omg I’m catching Pokémon and driving.”

Eleven percent of the tweets indicated that a passenger in a vehicle was playing Pokémon Go (“just made sis drive me around to find Pokémon”), while 4 percent suggested a pedestrian was distracted while playing the game (“almost got hit by a car playing Pokémon Go“).

From the news reports, the researchers could attribute 14 motor vehicle crashes to playing Pokémon Go, with one player crashing his car into a tree.

A call for better safety measures

The team notes that the target audience for Pokémon Go is at the highest risk of motor vehicle-related deaths – teenagers and young adults aged 16-24.

What is more, they note that young drivers are particularly susceptible to distraction; the American Automobile Association state that 59 percent of motor vehicle crashes involving young drivers occur within 6 seconds of a distraction.

Ayers and colleagues say their findings show Pokémon Go is a major distraction for drivers and pedestrians, and they call for more safety measures to be put in place:

“Our findings can help develop strategies for game developers, legislators, and the public to limit the potential dangers of Pokémon Go and other augmented reality games.

[…] It is in the public interest to address augmented reality games before social norms develop that encourage unsafe practices. Now is the time to develop appropriate controls.”

The team says the creators of Pokémon Go – Niantic, Inc. – could voluntarily make the game safer; while gameplay is already restricted at speeds over 10 miles per hour, the authors suggest making the game inaccessible at any driving speed may be warranted, given their findings.

“At the same time augmented reality games might be disabled near roadways or parking lots to protect pedestrians and drivers alike, given reports of distractions herein,” they add. “Games might also include clear warnings about driving and pedestrian safety.”

Learn more about the benefits and risks of playing Pokémon Go.