Whether we age well may be down to our parents, a new study suggests. Researchers find individuals whose parents live longer are more likely to be free of certain heart problems and cancers into their 60s and 70s. 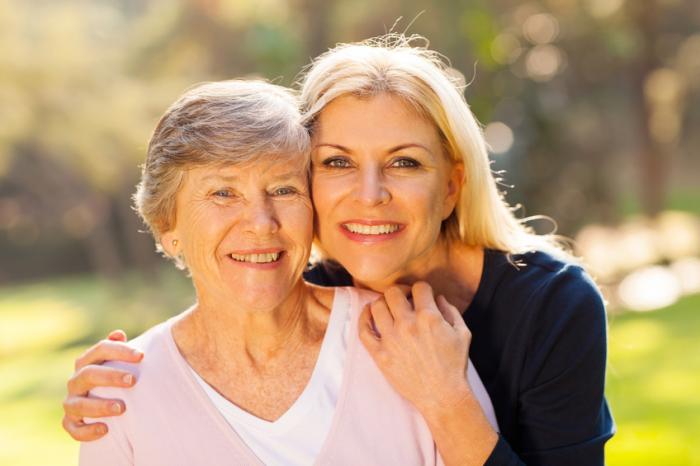 Whether we age well may be influenced by how long our parents live, researchers suggest.

Lead author Dr. Janice Atkins, of the University of Exeter Medical School in the United Kingdom, and colleagues publish their results in the Journal of the American College of Cardiology.

According to the Administration on Aging, in 2014, there were 46.2 million people in the United States aged 65 and older. By 2060, this number is expected to more than double, to around 98 million.

With an aging population comes a greater prevalence of age-related diseases, unless more strategies are identified to reduce the likelihood of such conditions.

While lifestyle factors – such as poor diet, lack of exercise, and smoking – are known risk factors for poor health in older age, the research from Dr. Atkins and colleagues has focused on how factors inherited from parents may impact healthy aging.

Earlier this year, the team published a study in the journal Aging that found that the offspring of parents who live longer are more likely to possess genes that protect against a number of health conditions, including high blood pressure, high body mass index (BMI), and type 1 diabetes.

The new study builds on those findings, establishing a link between parents’ lifespan and disease incidence among offspring.

Participants self-reported the lifespan of their parents, and subjects’ incidence of certain diseases – such as heart disease and cancer – and death from these diseases were monitored.

In detail, the team found that for every 10 years at least one parent lived after the age of 70, the risk of death from heart disease among offspring was reduced by 20 percent.

Furthermore, sons and daughters of parents who had a longer lifespan were also less likely to develop cancer; each longer-lived parent was associated with a 7 percent lower cancer risk for offspring.

These findings remained relevant after accounting for a number of potentially confounding factors, including smoking, high alcohol consumption, low physical activity, and obesity, the team reports.

“To our knowledge, this is the largest study to show that the longer your parents live, the more likely you are to remain healthy in your 60s and 70s.

Asking about parents’ longevity could help us predict our likelihood of aging well and developing conditions such as heart disease, in order to identify patients at higher or lower risk in time to treat them appropriately.”

Study co-author Prof. George Kuchel, of the Center on Aging at the University of Connecticut, notes that aging is a major risk factor for chronic diseases, such as heart disease, and the team’s findings highlight the important role our parents play in the development of such conditions.

“As we understand these parental factors better, we should be able to help more people to age well,” he adds.

Read about how being overweight or obese in midlife may accelerate brain aging by 10 years.