Cancer is a soundless and stirless killer.The latest research told us something about aneuploidy and cancer.Aneuploidy is the presence of an abnormal number of chromosomes in a cell, for example when having 45 or 47 chromosomes when 46 is expected in a human cell. 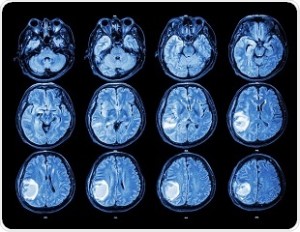 One of the key unresolved question in cancer is whether aneuploidy, as defined by the presence of gain or loss of chromosomes, is the cause or the consequence of cancer development. Since the observations by Boveri and Von Hansemann in the 19th century showing that cancer cells present aneuploidy, it remains a matter of intense debate whether aneuploidy is the cause or the consequence of tumorigenesis.

In this new study published in Nature Cell Biology, özdemirhan Serçin – IRIBHM, ULB Cancer Research Center, U-CRC – and colleagues used state of the art genetic mouse models to induce aneuploidy by the overexpression of the master regulator of centrosome biogenesis PLK4. They found that transient overexpression of PLK4 during embryonic development induces skin cancer formation when occurred in p53 deficient epidermis. “It was really surprizing to realize that only a few erroneous divisions during embryonic development caused by centrosome number manipulation was sufficient to induce skin cancers much latter during adult life”, comments özdemirhan Serçin, the first author of the paper.

By manipulating centrosome number, özdemirhan Serçin and colleagues found that PLK4 overexpression in normal cells induce cell death due to the inability of segregating properly the chromosomes during division in cells with multiple centrosomes. However, PLK4 overexpression in the absence of p53 allows some cells with gain and loss of chromosomes to survive during the postnatal development and induces skin tumor development later in life. “These new findings allow to provide an answer to this 100 year-old question and demonstrate that aneuploidy can be the cause of cancer development only when cells lacked the tumor suppressor p53. The early appearance of p53 mutations in sunburn lesions suggest that aneuploidy may contribute to skin cancer development in humans” comments Cédric Blanpain, the senior and corresponding author of the Nature Cell Biology paper.

In conclusion, this new study demonstrates the role of aneuploidy in tumorigenesis, which has important implications for the understanding of the mechanisms ensuring genome integrity during cell division and the consequences of their deregulation during tumor formation.