of the center of the retina. But now, a new experimental treatment successfully tested in

rats promises to change this. 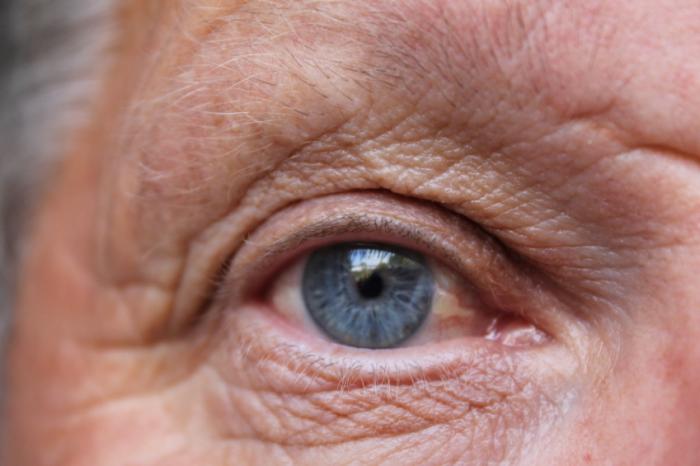 There are currently no treatments that slow the progress of AMD – a major cause of vision loss in seniors.

In the journal Stem Cells, biomedical researchers from the Cedars-Sinai

stem cells led to a significant slowing of vision loss in rats with AMD.

Lead author Dr. Shaomei Wang, a research scientist in the Eye Program at the Cedars-Sinai Board of Governors Regenerative Medicine Institute, says theirs is the first study

to show preservation of vision in AMD after such a treatment.

AMD occurs due to deterioration of the macula – the central part of the retina, a thin

layer of nerve-rich tissue at the back of the eye that senses light and allows us to see.

According to the Centers for Disease Control and Prevention (CDC), around 1.8 million

For their study, the team first converted adult human skin cells into induced

In other words, they coaxed mature cells from human skin to regress to an earlier,

cell that can then mature into a number of different types of nerve cell.

When the researchers injected the iNPSCs into animal models with AMD, they found healthy

in the AMD rats. This is equivalent to about 16 years in humans.

Co-author Dr. Clive Svendsen, director of the Board of Governors Regenerative Medicine

Institute at Cedars-Sinai, says the iNPSCs should have a significant effect on slowing

“Though additional preclinical data is needed, our institute is close to

therapies for this and other human diseases.”

of the stem cell injection in order to apply for an investigational new drug. After that,

Institutes of Health, the Department of Defense, the Foundation Fighting Blindness and

Meanwhile, in February 2015, Medical News Today learned how an innovation

that combines a telescopic contact lens with “smart” glasses that look