Researchers have long hailed breast milk for its ability to boost an infant’s immune system. Now, a new study led by Johns Hopkins researchers provides further evidence of this after discovering how breast milk can protect against a severe intestinal disease that affects preterm babies. 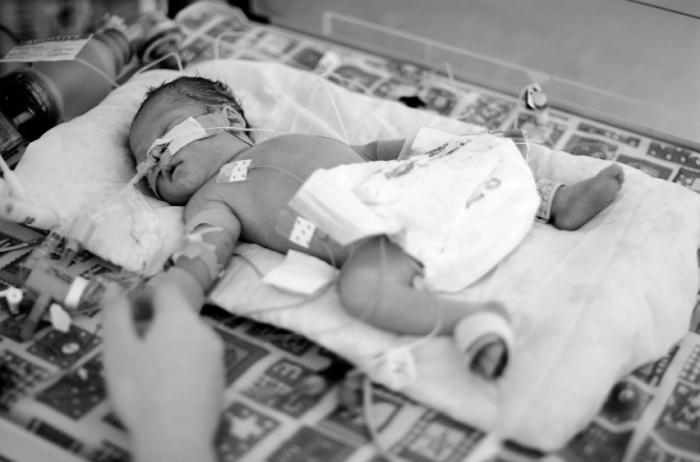 NEC is most common in preterm babies, who account for up to 80% of cases.

“We have known for some time that breast milk can protect premature babies against intestinal damage but how and why it did so has been somewhat of a mystery,” says Dr. Hackam. “We believe that our findings solve a major piece of the mystery of this disorder.”

The researchers publish their findings in the journal Mucosal Immunology.

NEC is a disease characterized by inflammation and death of intestinal tissue. It is most common in preterm babies, who account for up to 80% of cases. It is a severe disorder, claiming the lives of around 1 in 4 preterm babies who develop it.

At present, treatment for NEC in preterm infants involves the removal of the dead intestinal tissue. While this strategy can be effective, Dr. Hackam and colleagues note that infants are often left with an inadequate intestine, which raises their risk of long-term complications, such as short bowel syndrome.

As such, the researchers say new treatments for NEC are urgently required, and they hope their recent findings may fulfill this need.

Past research from Dr. Hackam and colleagues revealed that the intestinal damage found in NEC is primarily driven by a protein called toll-like receptor 4 (TLR4).

TLR4 normally regulates how the immune system responds to bacteria. In the gut of a preterm infant, however, the protein regulates cell differentiation and intestinal growth.

The researchers explain that the intestines of babies become colonized with bacteria soon after birth in order to help them adapt to their new environment. But in the guts of preterm infants, the TLR4 protein spirals out of control, cutting off the intestines’ oxygen supply and causing tissue damage.

In this latest study, the team exposed immature gut cells – some of which were pretreated with breast milk – to bacteria responsible for triggering the out-of-control TLR4 protein.

They found TLR4 expression was reduced in the pretreated cells. However, this was not the case when the breast milk was heated prior to treating the cells, suggesting the reduced TLR4 protein expression was down to a heat-sensitive protein.

One well-known heat-sensitive protein present in breast milk is EGF, which promotes cell growth and development. On removing this protein from the breast milk, they found it was no longer effective in reducing TLR4 expression, indicating EGF plays a critical role in the TLR4-inhibiting properties of breast milk.

Next, Dr. Hackam and colleagues fed either breast milk or salt water to preterm mouse pups, before injecting them with a bacteria that caused TLR4 to trigger cell death seen in NEC.

The researchers found that, compared with preterm mouse pups fed salt water, those fed breast milk had much lower levels of TLR4 in their guts, as well as lower levels of immune chemicals that trigger inflammation. These mice also had fewer dying intestinal cells, and their healthy gut cells continued to multiply.

In order to confirm that the protective effect of breast milk against NEC is down to EGF, the team fed breast milk to preterm mouse pups that received a drug that deactivated their receptors to the protein. The researchers found that these mice continued to develop NEC.

In another experiment, the researchers tested the effects of breast milk on mouse pups that already had NEC. The team witnessed fewer gut cells dying in these mice, indicating that the breast milk reduced severity of the disease.

Commenting on the team’s findings, study author Dr. Misty Good, of the Children’s Hospital of Pittsburgh at the University of Pittsburgh Medical Center, PA, says:

“Taken together, our findings show that EGF is a key factor present in breast milk that prevents the onset of NEC in two ways: EGF prevents intestinal cells from dying while at the same time restoring the cell growth that promotes gut healing.”

What is more, Dr. Good says their findings emphasize the importance of providing breast milk to preterm infants in order to prevent NEC.

“The discovery of one of the components in breast milk that protects against NEC could pave the way to new therapies for the nearly half-million at-risk premature babies born in this country each year,” she adds.

Last month, Medical News Today reported on a study published in The BMJ, in which researchers warned of the serious health risks that come with purchasing breast milk online.