Final trial data for the first malaria vaccine candidate to reach phase 3 of clinical testing suggests that the vaccine is partially effective up to 4 years after being given. According to its researchers, these results suggest the vaccine could prevent a significant number of new cases, particularly in areas with high rates of transmission. 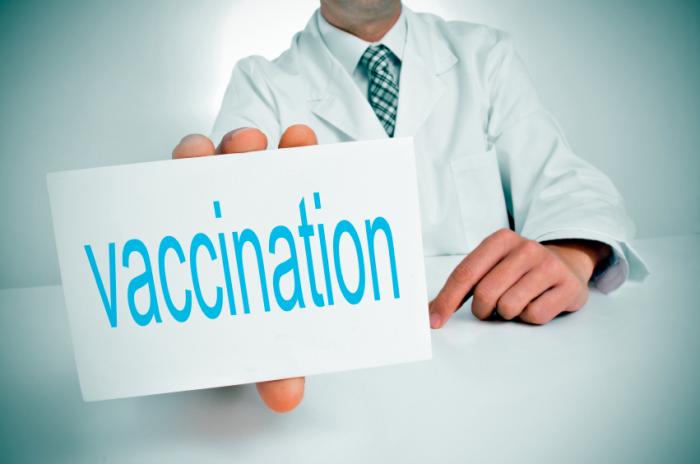 Currently, there is no licensed vaccine for malaria available anywhere in the world.

The vaccine candidate – RTS,S/AS01 – was found to be most effective against clinical and severe malaria among children compared with young infants. The level of protection provided by the vaccination decreased over time, but a booster dose was able to prolong its effectiveness, increasing the average number of cases prevented.

“Despite the falling efficacy over time, there is still a clear benefit from RTS,S/AS01,” states corresponding author Prof. Brian Greenwood. “An average 1,363 cases of clinical malaria were prevented over 4 years of follow-up for every 1000 children vaccinated, and 1,774 cases in those who also received a booster shot.”

Prof. Greenwood, from the London School of Hygiene & Tropical Medicine in the UK, reports that an average 558 cases were averted for every 1,000 infants vaccinated over 3 years of follow-up. Among participants also given a booster dose, an average 983 additional cases were prevented.

“Given that there were an estimated 198 million malaria cases in 2013, this level of efficacy potentially translates into millions of cases of malaria in children being prevented,” Prof. Greenwood claims.

Malaria is caused by a parasite and is transmitted through the bite of infected mosquitoes. The disease causes recurrent bouts of chills and fever and is estimated to kill around 1 million people worldwide each year.

At present, efforts to treat and control malaria are being severely compromised in West Africa due to the Ebola outbreak.

According to a new study published in The Lancet Infectious Diseases, up to 10,900 extra malaria deaths may have occurred last year in Guinea, Sierra Leone and Liberia on account of the disruption to health care services caused by the virus. An additional 3,900 deaths were also attributable to the interruption of deliveries of insecticide-treated nets.

RTS,S/AS01 was developed to be used in sub-Saharan countries such as Guinea, Sierra Leone and Liberia, where malaria is estimated to kill around 1,300 children every day.

For the phase 3 randomized trial, a total of 15,459 participants were recruited, comprised of infants aged 6-12 weeks and children aged 5-17 months at the date of first vaccination.

Booster doses prolonged the efficacy of the vaccine against severe malaria

Initial phase 3 results after 18 months showed that the vaccine’s efficacy against clinical malaria was around 46% among children and 27% among young infants. For the new study, the researchers followed up the participants for an additional 20-30 months, assessing the impact of further booster doses.

The researchers observed a drop in efficacy for the vaccine among the children who were given the RTS,S/AS01 vaccine with a booster dose, with the number of episodes of clinical malaria 4 years after treatment reduced by 36%. In the first year of vaccination, vaccine efficacy was 50%.

The RTS,S/AS01 vaccine and booster were slightly less effective in young infants, reducing the risk of clinical episodes of malaria by 26%, and not providing significant protection against severe malaria.

However, the researchers also found that meningitis was more common among the children that received the RTS,S/AS01 vaccine (21 children) than among those receiving the control vaccine (just one child), as were convulsions.

It is now up for the European Medicines Agency (EMA) to analyze the data from the trial.

“If the EMA gives a favorable opinion, WHO [World Health Organization] could recommend the use of RTS,S/AS01 as early as October this year. If licensed, RTS,S/AS01 would be the first licensed human vaccine against a parasitic disease,” explains Prof. Greenwood.

Gaining approval would not be the end of the story here, however. In a linked comment, Vasee Moorthy and Jean-Marie Okwo-Bele, from WHO in Geneva, Switzerland, state that the donor community would need to coordinate financing for the vaccine carefully if it reached that stage.

“In particular, funding must not be redirected away from meeting adequate access to artemisinin-combination treatments, rapid diagnostic tests, long-lasting insecticidal nets, and other malaria control measures already in place in certain settings,” they write.

The study, published in The Lancet was funded by GlaxoSmithKline Biologicals SA and the PATH Malaria Vaccine Initiative.