April is National Autism Awareness Month in the US. While the cause of this disorder remains unknown, increasing general awareness can lead to earlier diagnoses, more effective interventions and improved access to services and support for individuals affected by the condition. 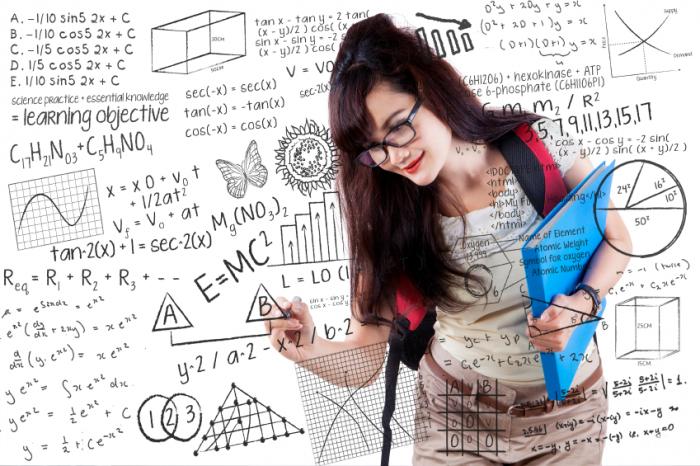 Despite prevalence increasing in recent years, a number of myths and misconceptions still exist concerning ASD.

According to the Centers for Disease Control and Prevention’s (CDC) Autism and Developmental Disabilities Monitoring Network, approximately 1 in 68 children have been identified with autism spectrum disorder (ASD). The disorder occurs in all ethnic, racial and socioeconomic groups.

The prevalence of ASD also appears to have increased over the past decade. The CDC report that in 2000, the disorder was identified in 1 in 150 children.

ASD is a developmental disability characterized by a certain set of behaviors often relating to how individuals communicate and interact with others. ASD is also a wide-spectrum disorder, meaning that no two people with autism will have exactly the same symptoms.

Despite a wide prevalence, however, many myths and misconceptions have arisen concerning the disorder. These misunderstandings can have unfortunate implications for both research into the disorder and people with ASD themselves.

In this Spotlight feature, we will take a look at some of the most common myths about ASD along with the actual facts. Increasing awareness of the myths of ASD can hopefully lead to improved health outcomes.

Myth no. 1: all people with ASD have a ‘special gift’

In 1988, the film Rain Man was released, featuring a protagonist with ASD who had savant skills – incredible capabilities beyond the capacity of most other people. The character frequently demonstrates an exceptional ability to calculate and remember numbers.

Perhaps thanks to this well-known portrayal of ASD – Rain Man won an Academy Award for Best Film – many people believe that all people with ASD have similar savant skills to the character in the film.

While it may be true that some people with ASD do have impressive capacities for working with numbers, music or retaining knowledge, many individuals do not.

In a survey conducted in the UK, 39% of participants believed that most people with ASD have special abilities.

The key fact that this myth does not account for is that ASD is a wide-spectrum disorder. Most individuals will experience completely different symptoms to others whose condition falls under the umbrella of ASD.

Although the character in Rain Man was based on a real person, he remains just a single example of ASD. “That’s an extreme example,” Dr. Michael Rosenthal, a pediatric neuropsychologist from the Child Mind Institute in New York City, told Parents. “Not every person on the spectrum will have a special talent like that.”

While this myth cultivates a narrow perception of what ASD entails, it can also also be used as a way of debunking another common misconception about the condition: that people with ASD cannot fully integrate with and contribute to society.

The myth turns attention away from the negative perceptions of ASD and toward a more positive view. In recent years, there have been many examples of companies specifically seeking to recruit people with ASD to work for them.

In 2013, for example, the German software company SAP AG announced they were seeking to hire people with ASD as software testers, programmers and data quality assurance specialists, stating that they wanted people who “spark innovation” and “think differently.”

“For so long, we’ve only thought of autism in terms of its deficits, but the tide is changing,” says Dr. Rosenthal. “Many kids are great at math, science and technology – but they can also be great artists or musicians. We’re just beginning to understand their potential.”

Myth no. 2: the origins of ASD

Medical News Today asked John Rodakis, the founder of the N of One: Autism Research Foundation, what he believed the biggest myth surrounding ASD was. He told us it is that autism is primarily a genetically driven, hard-wired condition:

“The conventional view is that genes drive abnormal brain wiring, and abnormal brain wiring leads to the autistic behaviors. While there may be genetic predispositions to autism, the emerging view from the latest research is of autism as more of a syndrome that involves genes, metabolism, the immune system and the microbiome.”

Many people also hold that ASD is a behavioral, emotional or mental health disorder. However, ASD should be classified as a developmental disability and neurobiological disorder.

Rodakis correctly points out that there may be genetic predispositions to ASD. The CDC report that among identical twins, if one child has ASD, the other will be affected 36-95% of the time, compared with 0-31% of the time for nonidentical twins. Parents who have one child with ASD have a 2-18% likelihood of having a second child with the condition.

ASD is also more prevalent among people with certain genetic conditions such as Down syndrome and fragile X syndrome. However, many studies are choosing to focus on the microbiome – the collection of micro-organisms that live inside and on the body – and its association with ASD.

Rodakis was prompted to investigate these connections himself following the surprising improvements in his son’s autism while taking the antibiotic amoxicillin for strep throat. These improvements occurred within just 4 days of commencing the treatment.

Elsewhere, MNT recently reported on a study published in JAMA Psychiatry in which gastrointestinal (GI) symptoms such as constipation and food intolerance were reported more common and more frequently persistent in young children with ASD than in children with “typical” development or developmental delay.

The belief that ASD is a hard-wired condition can have a negative impact on what research gets done and the urgency with which it is pursued, Rodakis said. “If one’s view is that autism is fundamentally a hard-wired condition, as most governmentally-sponsored research does, then one could take the view that we must accept the status quo.”

“However, if one’s perspective is of autism as more of a syndrome, then there is reason to believe that we can meaningfully improve the quality of life for those with severe autism,” he suggested, “and like any treatable condition, we should have great urgency to do that.”

At present, as stated earlier, experts have yet to work out precisely what causes ASD.

Myth no. 3: people with ASD do not feel love, emotions or have feelings

A common myth that can have a far-reaching negative impact upon people with ASD is that people with the disorder are incapable of experiencing emotions, having feelings or a capacity to love.

This myth likely stems from many examples of behavior that are associated with ASD, including the following:

In one survey of young people with autism, 22% of respondents reported having no friends at all.

Dr. Rosenthal states that in his experience, many children with ASD have a strong desire to make friends with people but find it difficult due to not having the necessary social skills. “They don’t know what to do when a kid says ‘hi’ to them or wants to play a different game from the one they are interested in,” he says. “They respond awkwardly.”

As children with ASD grow up and become adults with ASD, these difficulties can persist and could make individuals even more isolated. “Over time, these kids stop seeking out other kids because they’re failing to make those connections and it doesn’t feel good,” explains Dr. Rosenthal. “That’s why this is such an important myth for people to understand.”

Sadly, a survey of young people with ASD conducted by the NAS in 2012 found 22% of participants reported having no friends at all. Further to this, 65% of participants stated that they would like to have more friends.

Early diagnosis and intervention could improve the chances of people with ASD to make friends and build relationships by helping them develop self-confidence and improving their understanding of others.

Johns Hopkins School of Education state that children and adults with ASD can learn important social skills from individualized and specialized instruction and training that they might not otherwise pick up.

Myth no. 4: there is a cure for autism

Just as experts do not yet know precisely what causes autism, neither do they know what can cure the disorder. Unfortunately, many people are unaware that this is the case; NAS research found that only 39% of people surveyed were aware that there is no cure at present.

Some behavioral-based programs may proclaim to “cure” ASD if delivered at a certain age, and while these may have some positive effects on some children with ASD, these need to be carefully individualized to the child as all children with ASD will have their own needs and learning styles.

Similarly, a number of specialist diets have been promoted as potential cures for autism, but these have yet to be supported by strong evidence.

“A lot of parents use these treatments because they’re worried and desperate,” says Parents advisor Dr. Fred Volkmar, director of the Child Study Center at Yale University School of Medicine. “But we know that the placebo effect can be very pronounced in autism, so it’s very hard to sort out whether you’re really seeing an improvement or why.”

Due to the lack of a cure for ASD at present, it is vitally important that awareness of ASD is raised and that any misconceptions are successfully dealt with. The right help and support can greatly improve the lives of people with ASD, and this can only be possible if as many people are aware of the facts as possible.