to infect mosquitoes, have also produced a computer model that predicts how effective the method might be in 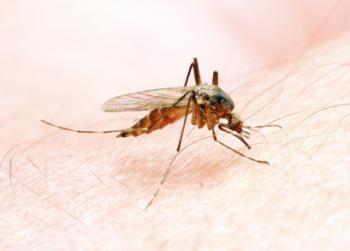 Dengue fever is caused by a virus that is spread by mosquitoes.

Describing their work in the journal Science Translational Medicine, the international team hopes

it will lead to better ways to tackle the spread of dengue, a mosquito-borne virus that is a leading cause of

illness and death in the tropics and subtropics.

As many as 400 million people are infected with dengue every year. The virus – which spreads among humans

prevalent infectious bacteria on Earth. They live inside the cells of insects – and are passed to the next

generation through the host’s eggs.

For many years, scientists have been studying Wolbachia, to see if they can use it to control the

So far, this research has found A. aegypti mosquitoes stably infected with strains of

out how effective this is.

In this new study, the researchers carried out a “real world” experiment where they allowed mosquitoes

They measured how efficiently the bacterium blocked dengue virus infection of the mosquito body and saliva,

which in turn steps stops them spreading the virus among humans.

Senior author Cameron Simmons, professor in the microbiology and immunology department at the University of

Melbourne in Australia, describes the results:

transmission is low or moderate. In high transmission settings, Wolbachia would also cause a

Prof. Simmons says their findings are important because they give realistic projections of how effective

For example, he says that based on the study results, the recent introduction of Wolbachia in

Cairns and Townsville should reduce the severity of future outbreaks of dengue. During the wet season of 2008-09, Australia saw the worst dengue epidemic in over 50 years in these two cities.

Prof. Simmons, who is also of the Peter Doherty Institute for Infection and Immunity in Melbourne, says:

on Wolbachia when allocating scarce resources to dengue control.”

In December 2014, Medical News Today reported another study that Prof. Simmons co-authored about

the discovery of a new class of antibody that could lead to the development of a universal vaccine against dengue. The antibody can neutralize all four types of

dengue virus when it is produced from human or mosquito cells. The hope is that the discovery will also improve