People with elevated depression were found to be poorer at hearing all forms of emotional speech – despite a possible bias toward negative perception of information – compared with people with mild symptoms of depression, according to a new study. 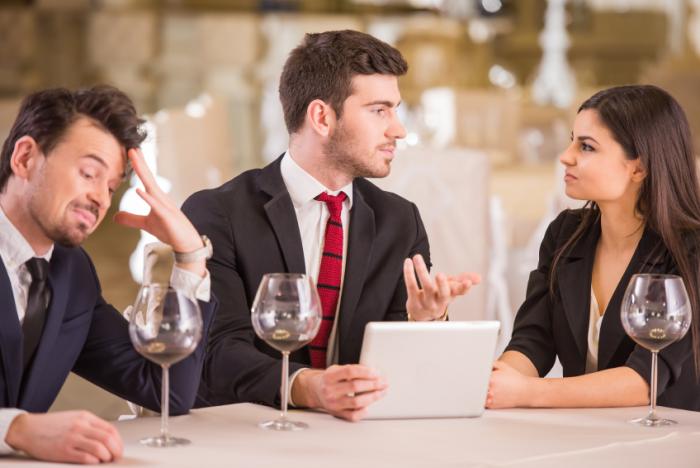 An inability to hear due to informational masking can turn social events such as dinner parties into isolating experiences.

Researchers tested the ability of students with either low or elevated symptoms of depression to hear and successfully understand sentences when masked with different kinds of disruptive sounds.

The results of the study, presented at the 169th meeting of the Acoustical Society of America, were contrary to the authors’ expectations that participants with elevated depression symptoms would be more receptive to negative emotions.

They had hypothesized that the bias of people with elevated depression symptoms toward retaining sad information might lead them to pick up negative information more easily in situations where it is difficult to understand someone else’s speech.

“A lot of research has suggested that these people with elevated depression symptoms have a bias towards negative perception of information in this kind of environment,” explains Zilong Xie, a graduate student at the University of Texas at Austin.

Depression is known to lead people to become more withdrawn and feel socially isolated from others. The illness can cause patients to have trouble thinking and concentrating, as well as making it difficult for them to retain information.

In situations where it can be difficult to understand what a companion is saying – at a noisy dinner party, for example – depression could make the perception of speech more difficult and lead to an increased sense of isolation.

Informational masking is considered to be more isolating as it often places greater stress on executive function than energetic masking.

Although speech can be categorized into five different emotional types – happy, sad, angry, fearful and neutral – Xie states that a lot of research into speech perception fails to take into account the full range of emotions:

“A lot of studies published in [The Journal of the Acoustical Society of America] only look at neutral speech, speech without emotive content. If we want to fully understand what’s going on with speech perception, particularly in a multi-tonal condition, which very often happens in our daily lives, we need to look at those kinds of emotional speech.”

For the study, the researchers had participants listen to recordings of sentences belonging to one of the five types of emotional speech, obscured with either informational masking or energetic masking. The participants then had to type out the target sentence. This test was carried out 50 times – 10 unique sentences for each emotional type.

“These findings suggest that elevated depressive symptoms are associated with an emotion-general deficit in speech perception in noise conditions that place demands on executive function,” conclude the authors.

The team will now aim to expand the scope of their research to involve a broader range of major depressive disorders.

Earlier this month, Medical News Today reported on a study in which “fuzzy thinking,” a common symptom of depression, has been confirmed for the first time in a large study of brain scans.