Oxytocin is often referred to as the “love hormone,” hailed for its role in sexual attraction and maternal bonding. But according to new research, the hormone may also influence maternal social behavior. 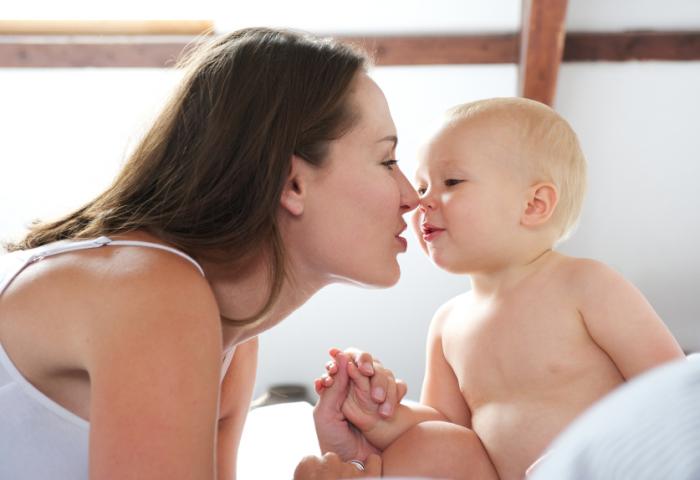 The hormone oxytocin may influence maternal social behavior, according to researchers.

The study, recently published in the journal Nature, reveals how oxytocin increases the processing of social information in the left auditory cortex of the brain, prompting female mice to respond to distress calls from their pups.

“Our findings redefine oxytocin as something completely different from a ‘love drug,’ but more as an amplifier and suppressor of neural signals in the brain,” says senior study author Dr. Robert Froemke, of NYU Langone Medical Center in New York, NY.

For their study, Dr. Froemke and colleagues set out to assess how oxytocin is associated with a major form of mammalian social behavior – mouse pup retrieval.

The team explains that when mouse pups are separated from their nest, they emit ultrasonic distress calls. Their mothers use these distress calls to locate and retrieve the pup. “This behavior relies on the auditory system, as pup calls played by speakers attract maternal animals,” say the researchers.

Oxytocin increases the processing of social information in the brain

The researchers conducted a series of experiments in adult female mice and their pups and found there is an abundance of oxytocin receptors in the left auditory cortex of the brain.

Through the use of an antibody that binds to oxytocin receptor proteins on neurons, the team was able to monitor how oxytocin affects each brain cell.

They found that levels of the hormone in adult female mice increased in response to their pups’ distress calls. It blocks inhibitory signals, regulating the amount of social information processed by each brain cell in this region and influencing how mothers respond to their pups’ calls.

Adult female mice without any pups do not usually respond to distress signals emitted by the pups of other mice because they are unable to perceive them.

However, when the team injected the brains of such mice with additional oxytocin, this taught them to recognize distress signals from the pups of other mice that had been separated from their nest, prompting them to fetch the pups as if they were their own offspring.

Even when the oxytocin receptors in the left auditory cortex were later blocked in these mice, the researchers say they carried on retrieving pups that were not their own.

The video below shows an adult female mouse responding to a pup’s distress call:

“It was remarkable to watch how adding oxytocin shifted animal behavior, as mice that didn’t know how to perform a social task could suddenly do it perfectly,” says study leader Bianca Marlin, PhD, a postdoctoral research fellow at NYU Langone.

Dr. Froemke says the team’s findings may lead to a greater understanding of how oxytocin and other hormones could be used to treat a number of behavioral problems in humans:

“We found that oxytocin turns up the volume of social information processed in the brain. This suggests that it could one day be used to treat social anxiety, posttraumatic stress disorder, speech and language disorders, and even psychological issues stemming from child abuse.”

Next, the team plans to gain a better understanding of the way oxytocin is released in the brain under natural conditions after childbirth.

Last month, Medical News Today reported on a study in which researchers claim a nasal spray containing oxytocin may lead to reduced calorie intake in men.