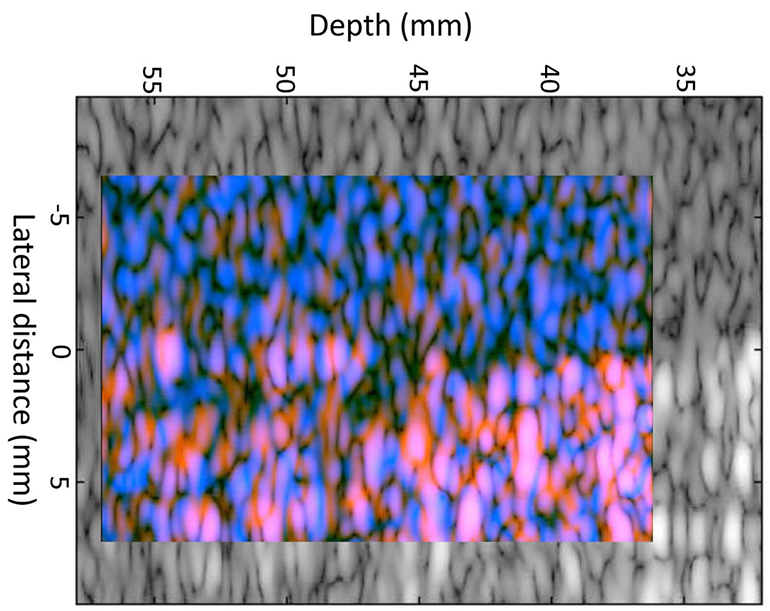 Ultrasound images are famously gray in color (except Doppler, of course), and that’s because a lot of the information in the signal gets lost or not utilized by the detector. At the University of Rochester, Kevin Parker, a professor of engineering, noticed that so-called Hermite functions, that were invented by French mathematician Charles Hermite, have similarities to ultrasound pulses. Dr. Parker then applied these to an actual ultrasound. 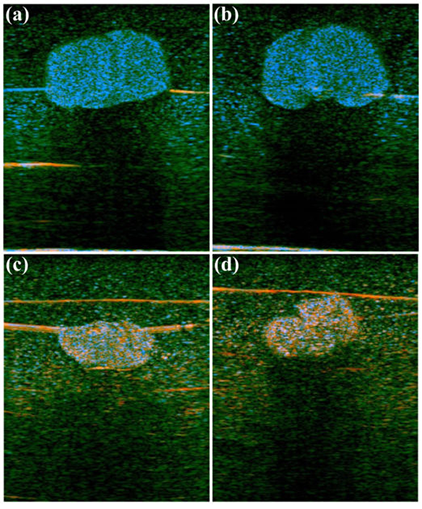 In these images from the lab of Professor Kevin Parker, an increase in fatty lipids in liver tissue (figures a and b) is shown in blue using the H-scan format, compared to normal tissue (figures c and d).

The new application of old mathematics allowed for new types of signal characterization, allowing the scientists to classify objects by their size and scatter patterns. The result is color ultrasound images! It’s like re-living the 1960’s for the older doctors.

The technology is simply a matter of software, and it should be pretty easy to implement it on next generation ultrasound devices.

From the study abstract in journal Physics in Medicine and Biology:

Medical ultrasound imaging scanners typically display the envelope of the reflected signal on a log scale. The properties of this image and speckle patterns from collections of scatterers have a number of well-known disadvantages. One is the inability to differentiate between different scatterers that may have fundamentally different frequency-dependent scattering cross sections. This study proposes a framework for characterizing scattering behavior and visualizing the results as color coding of the B-scan image. The methodology matches a model of pulse-echo formation from typical situations to the mathematics of Gaussian weighted Hermite functions. The results show an ability to reveal some of the information otherwise hidden in the conventional envelope display, and can be generalized to more conventional bandlimited pulse functions. This new class of images is termed H-scan where ‘H’ stands for ‘Hermite’ or ‘hue’ to distinguish it from conventional B-scan format.

Study in Physics in Medicine and Biology: Scattering and reflection identification in H-scan images…

More from the University of Rochester…