Researchers at The Saban Research Institute of Children’s Hospital Los Angeles, CA, and Columbia University Medical Center in New York, NY, have published the findings of a new study that investigates associations between socioeconomic factors and children’s brain development in the journal Nature Neuroscience. 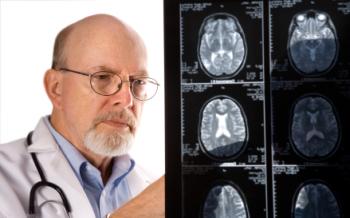 The study found that income was “nonlinearly associated” with brain surface area.

“While in no way implying that a child’s socioeconomic circumstances lead to immutable changes in brain development or cognition,” says Elizabeth Sowell, PhD, director of the Developmental Cognitive Neuroimaging Laboratory, part of the Institute for the Developing Mind at Children’s Hospital Los Angeles, “our data suggest that wider access to resources likely afforded by the more affluent may lead to differences in a child’s brain structure.”

Sowell and colleagues claim that theirs is the largest study of its kind to date – including 1,099 participants enrolled in the multisite Pediatric Imaging, Neurocognition and Genetics (PING) study.

Analyzing the results, the team found that income was “nonlinearly associated” with brain surface area.


The researchers point out that family income is linked to nutrition, health care, schools, play areas and even air quality – all factors that can contribute to brain development.

“Future research may address the question of whether changing a child’s environment,” says Sowell, “for instance, through social policies aimed at reducing family poverty, could change the trajectory of brain development and cognition for the better.”

A 2013 study conducted by researchers at the University of Wisconsin-Madison found that children from low-income families have less gray matter than children from families with higher incomes. Gray matter is important brain tissue for processing information and executing actions.

Children from low-income families also had less well-developed parietal and frontal brain regions, which the researchers suggested might explain behavioral, learning and attention problems that are more common among children from poor families.

The parietal lobe is a “network hub” for the brain, connecting different regions. The front lobe is “the part of the brain we use to control our attention and regulate our behavior,” explained UW-Madison psychology professor Seth Pollak.

“Those are difficulties children have when transitioning to kindergarten,” Pollak elaborated, “when educational disparities begin: are you able to pay attention? Can you avoid a tantrum and stay in your seat? Can you make yourself work on a project?”