New findings from scientists at The University of Manchester in the UK may provide the basis for an early test for kidney disease. 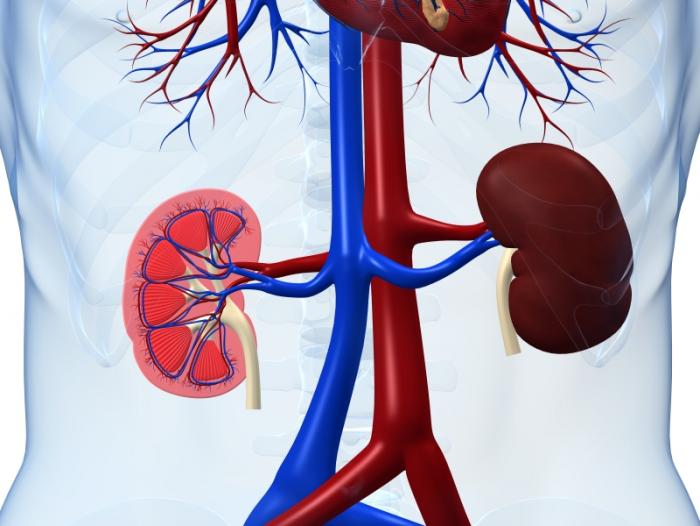 Impaired kidney function is more common among men than women and among black people than white people – structural differences in kidney filters between these groups may contribute to this.

The researchers were investigating why some groups are more susceptible to kidney disease than others. For instance, impaired kidney function is more common among men than women and among black people than white people.

Using mass spectrometry, the researchers compared samples of tissue from the kidney filters of mice from different genetic background and sexes, some of which were known to be more at risk of kidney failure than others. These filters control what passes into urine and what is held on to by the body, and each kidney has about a million filters responsible for processing up to 180 liters of fluid a day.

Focusing on the structure around the cells in the kidney tissue, the researchers observed significant differences in the composition and type of proteins between the mice from different genetic backgrounds.


An electron microscope allowed the team to look at the structure of the filters in much more detail. While normal filters have a scaffold of proteins between two specific types of cells, the researchers found that the scaffolding in mice susceptible to kidney disease was misshapen, with splits and bulges.

“The most surprising thing about our findings were that the mice weren’t actually exhibiting any symptoms of kidney disease and were all still in full health despite having this different structure in their filters. Their kidneys appeared to be functioning normally.”

Next, Dr. Lennon and colleagues will try to ascertain whether this structural difference develops over time or if groups more susceptible to kidney disease are born with it.

The team also want to explore whether there is a mechanism that drives the difference in structure that could potentially be switched off before kidney disease symptoms become apparent.

Team will attempt to replicate findings in humans

Dr. Lennon believes it is likely they will make the same findings when they investigate kidney filter structural changes in human patients.

“At the moment, we do see these changes in structure when looking at biopsies from kidney patients in clinic but we haven’t known what they mean,” she explains.


The end goal for this research is to help develop a test that identifies a susceptibility to kidney disease before any damage has occurred.

“We’re also keen to look at whether we could manipulate the process which leads to the structural change to develop new, more effective treatments,” Dr. Lennon adds.

Recently, Medical News Today reported on a study published in the American Journal of Kidney Diseases that suggested more than half of middle-aged Americans are at risk of developing chronic kidney disease at some point in their lifetime.

The researchers behind that study also estimated that the percentage of adults with chronic kidney disease aged 30 and older currently stands at 13.2%, but that this will jump to 14.4% by 2020 and 16.7% by 2030.