Heart failure patients with moderate to severe depression may have five times the risk of all-cause mortality compared with patients with mild or no depression, according to the results of a new study. 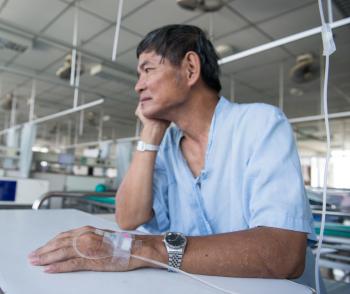 According to the study authors, depression affects around 20-40% of patients with heart failure.

The findings come from OPERA-HF, an ongoing observational study designed to assess and predict the risk of readmission and mortality for patients hospitalized for or with heart failure. These findings were presented at Heart Failure 2015, the main annual conference of the Heart Failure Association (HFA) of the European Society of Cardiology (ESC).

Prof. John Cleland, chief investigator of OPERA-HF and a professor of cardiology at Imperial College London and the University of Hull in the UK, states that the study was designed to investigate predictors of readmission and death among patients with heart failure in a more holistic fashion than previous studies.

Heart failure can be a life-threatening disease and occurs when the heart is unable to pump supply enough blood and oxygen to the cells in the body. Worldwide, around 26 million people live with the condition, with survival rates worse than those recorded for bowel, breast or prostate cancer.

“Depression has been reported to predict death in patients with heart failure but until now it was thought that this could be because depressed patients have more severe heart failure and more comorbidities,” explains Prof. Cleland.

The researchers assessed depression among patients with heart failure using the Hospital Anxiety and Depression Scale (HADS-D) questionnaire and measured comorbidity with the Charlson Comorbidity Index (CCI), examining a total of 154 patients.

According to the scores from the HADS-D questionnaire, 103 patients were not depressed, 27 had mild depression and 24 had moderate to severe depression. The patients were followed for an average of 302 days and during this time a total of 27 patients died.

The researchers found that those with moderate to severe depression were at five times the risk of all-cause mortality compared with the other patients. Patients who were not depressed according to their HADS-D scores had an 80% lower risk of death.

Moderate to severe depression was also found to be a predictor of all-cause mortality after controlling for other potentially influential factors such as age, hypertension and the severity of their heart failure.

Prof. Cleland states that their results suggest depression is strongly associated with death during the year following discharge from hospital after an admission for heart failure, and that the team expect this link to persist beyond one year.

“We know that depression is common in heart failure and affects 20-40% of patients,” he adds. “Depression is often related to loss of motivation, loss of interest in everyday activities, lower quality of life, loss of confidence, sleep disturbances and change in appetite with corresponding weight change. This could explain the association we found between depression and mortality.”

However, Prof. Cleland states that he is opposed to immediately prescribing antidepressant medication to patients with heart failure, explaining that other studies have indicated they may not be effective in alleviating depression in these patients. Instead, clinicians should screen for depression and make referrals for counseling where appropriate.

“Recognition and management of depression may reduce mortality for patients with heart failure,” he concludes. “More research is needed to find out what clinicians and patients themselves can do to manage depression. Better treatments for heart failure, comorbidities as well as depression itself may be required.”

Also at Heart Failure 2015, researchers reported that cognitive impairment could also predict an increase in all-cause mortality as well as hospital readmission among patients with heart failure, potentially due to patients becoming worse at adhering to course of medication.