Breathing problems during sleep – such as heavy snoring and sleep apnea – may be associated with earlier decline in memory and thinking skills. This is the finding of a new study published in the journal Neurology. 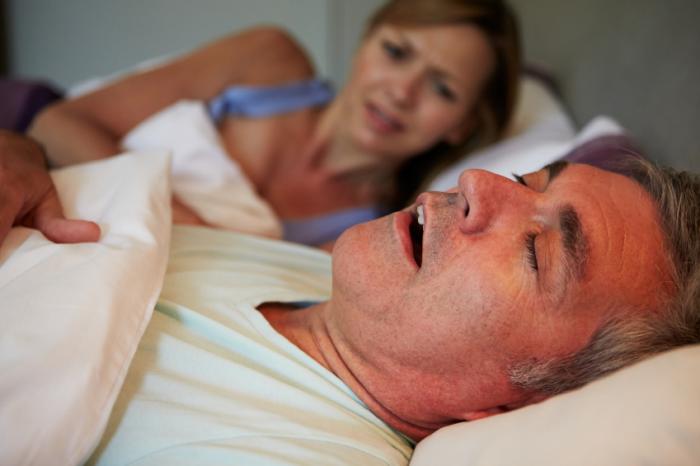 Compared with participants who were free of sleep-breathing problems – such as heavy snoring and sleep apnea – those with such problems were diagnosed with mild cognitive impairment more than 10 years earlier.

There is good news, however. The study, conducted by Dr. Ricardo Osorio of the NYU Langone Medical Center in New York, NY, and colleagues, also suggests that treating these abnormal breathing patterns with continuous positive airway pressure (CPAP) may delay cognitive decline.

More than 18 million people in the US have sleep apnea – a condition in which breathing briefly stops repeatedly during sleep. Around 90 million Americans are snorers, with around 37 million snoring on a regular basis. Around 50% of heavy snorers have sleep apnea.

Abnormal breathing patterns during sleep, like sleep apnea and heavy snoring, are more common as we age. According to Dr. Osorio, such breathing problems affect around 52% of elderly men and 26% of elderly women.

For their study, Dr. Osorio and colleagues set out to see whether breathing problems during sleep were associated with cognitive decline – something that is also more common as we age.

The team analyzed the medical histories of 2,470 people between the ages of 55 and 90, before dividing them into three groups: those with Alzheimer’s disease, those with mild cognitive impairment (MCI), and those without any memory or thinking problems.

As well as assessing the presence of any breathing problems during sleep among the participants, the researchers looked at whether the subjects were receiving treatment for these problems.

Compared with participants who were free of sleep-breathing problems, those with such problems were diagnosed with MCI much earlier, according to the analysis.

However, the researchers found that treatment with CPAP – a mask worn over the nose during sleep that supplies a continuous stream of pressurized air into the users throat – reversed the association between sleep-breathing problems and earlier cognitive decline.

Given that so many older adults have sleep-breathing problems, these results are exciting – we need to examine whether using CPAP could possibly help prevent or delay memory and thinking problems.”

He notes that because this study is observational, the team is unable to establish a cause-and-effect relationship between CPAP treatment and delayed onset of cognitive decline.

“However,” Dr. Osorio adds, “we are now focusing our research on CPAP treatment and memory and thinking decline over decades, as well as looking specifically at markers of brain cell death and deterioration.”