type 2 diabetes – the more fiber people eat, the lower their risk for the disease. However, the researchers also found that the link may work through body weight rather than directly. 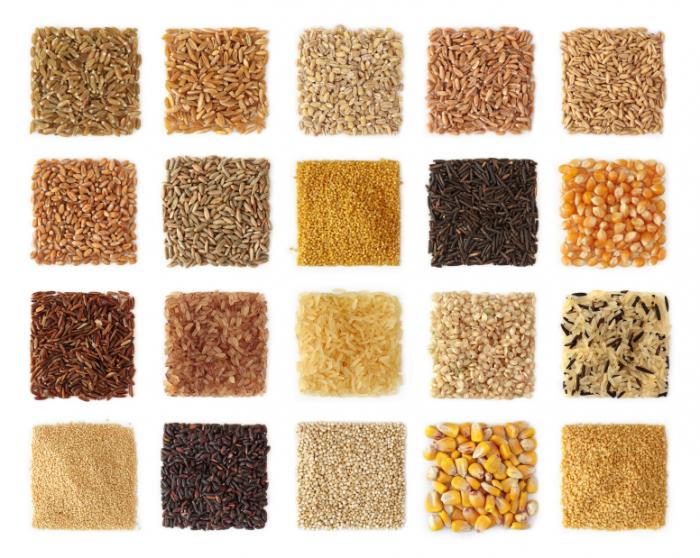 The study suggests people whose diets are rich in fiber, in particular cereal fiber,

may be at lower risk of type 2 diabetes.

The study – published in the journal Diabetologia – is in two parts. The first part uses EPIC-InterAct study data from eight European countries, and the second part adds data from other studies from around

One of the authors, Dagfinn Aune, a PhD student affiliated with the Norwegian University of Science and

Technology and Imperial College London in the UK, says:

“Taken together, our results indicate that individuals with diets rich in fiber, in particular cereal fiber,

may be at lower risk of type 2 diabetes.”

– is the largest investigation of new-onset type 2 diabetes in the world.

16,835 individuals representative of the 350,000 participants in the European Prospective Investigation into

and risk for type 2 diabetes tends to be dominated by data from the US, yet the amount and types of dietary

fiber can vary substantially across countries.

For their analysis of the EPIC-InterAct data, the researchers evaluated links

between total fiber – as well as fiber from cereal, fruits and vegetables – and new-onset of type 2 diabetes.

They divided the participants into four equally sized groups, ranked according to fiber intake (from lowest

to highest), and assessed their risk of developing type 2 diabetes over an average of 11 years of follow-up.

After adjusting for the effect of lifestyle and other dietary factors, the researchers found that the group with the

highest fiber intake (over 26 g per day), had an 18% lower risk of developing type 2 diabetes than the group with

the lowest fiber intake (under 19 g per day).

However, they suggest that the association may be partly explained by body weight, for when they adjusted the

results for body mass index (BMI), they found higher total fiber intake was no longer linked to lower risk for

One way to interpret this is to say that a diet rich in fiber helps people maintain a healthy weight,

and this in turn is what reduces their chances of developing type 2 diabetes.

The authors also looked at differences in types of dietary fiber. They found cereal fiber had the strongest

effect: compared with those whose diet contained the lowest levels, people consuming the highest levels of

cereal and vegetable fiber had a 19% and 16% lower risk respectively of developing type 2 diabetes.

These links also disappeared when the authors adjusted the results for BMI.

In contrast, fiber from fruit sources was not linked with reduced risk for type 2 diabetes.

Pooled data from other studies confirmed importance of cereal fiber

In the second part of the study, the researchers added data from 18 other studies from around the world to

the EPIC-InterAct data and re-analyzed the whole pool as if it came from one study (this is called a meta-analysis).

The 18 additional studies included eight from the US, four from Europe, three from Australia and three from Asia. The new

total dietary fiber, and by 25% for every 10 g per day more of cereal fiber.

Aune says they cannot explain the results from this data, but speculate that perhaps eating more fiber makes

you feel full for longer, prolongs the release of hormones, slows down the absorption of nutrients and alters

“All these mechanisms could lead to a lower BMI and reduced risk of developing type 2 diabetes,” says Aune,

“As well as helping keep weight down, dietary fiber may also affect diabetes risk by other mechanisms – for

instance improving control of blood sugar and decreasing insulin peaks after meals, and increasing the body’s

Prof. Nick Wareham, director of the MRC Epidemiology Unit at Cambridge, and senior author of the study

“This work adds to the growing evidence of the health benefits of diets rich in fiber, in

play an important part in halting the epidemics of obesity and of type 2 diabetes.”

Estimates suggest over 360 million people worldwide are affected by diabetes, and this figure is set to rise

to over 550 million by 2030, with serious consequences for the health and economies of all nations, regardless of

Meanwhile, MNT recently reported a study that suggests women who closely follow a Mediterranean diet may reduce their risk of endometrial cancer by more than 50%.