With up to 30% of patients developing acute kidney injury following heart surgery, there is a major need to identify ways to reduce this risk. Now, a new study published in JAMA may have found one. 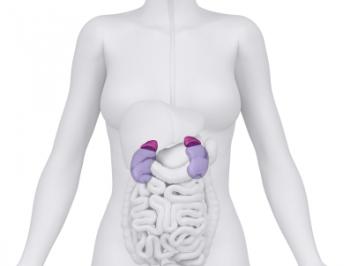 Remote ischemic preconditioning could lower the risk of acute kidney injury in the 72 hours after heart surgery by 15%, finds the study.

Dr. Alexander Zarbock, of the University Hospital Munster in Germany, and colleagues found that use of a technique known as remote ischemic preconditioning (RIPC) for patients undergoing heart surgery reduced the rate of acute kidney injury after the procedure and limited the need for dialysis.

RIPC is a method used to protect tissue from damage that may be sustained during surgical procedures that temporarily restrict blood flow, such as heart surgery.

The technique involves the patient having a blood pressure cuff placed on a limb prior to surgery, and the cuff is alternately inflated and deflated to restrict and restore blood flow.

According to Dr. Zarbock and colleagues, past research has indicated that as well as preventing tissue damage during blood flow-restricting surgical procedures, RIPC may also reduce the risk of subsequent tissue damage.

However, the researchers note that the results of the few studies that have investigated the effects of this technique on acute kidney injury following heart surgery have been conflicting.

“Thus,” they add, “a large randomized study with a robust and relevant clinical end point has been called for.”

With a view to meeting this need, the team enrolled 240 patients undergoing heart surgery at four hospitals in Germany who were at high risk of acute kidney injury.

Half of the patients were randomly assigned to receive RIPC before heart surgery, which involved three 5-minute cycles of inflation and deflation using a blood pressure cuff after anesthesia was introduced. The remaining patients underwent sham RIPC prior to surgery.

Compared with patients who received the sham treatment, those who underwent RIPC were 15% less likely to develop acute kidney injury within 72 hours of heart surgery.

Overall, 12.5% of patients who had RIPC prior to heart surgery experienced moderate or severe acute kidney injury, compared with 25.8% who underwent the sham treatment.

The researchers also found that patients who had RIPC were 10% less likely to need dialysis following surgery and were likely to spend less time in intensive care than those who underwent the sham treatment.

The team notes that RIPC had no effect on patients’ risk of heart attack, stroke or death after heart surgery, and the technique presented no adverse side effects.

Commenting on their findings, the researchers say:

“The results of this multicenter, randomized, double-blind, clinical trial confirm the findings of a previous single-center study that remote ischemic preconditioning reduces the rate of acute kidney injury after cardiac surgery in high-risk patients.

Remote ischemic preconditioning could thus represent a simple and promising strategy to provide protection to the kidney and improve postoperative outcomes. Such measures would be particularly desirable to deal with the increasingly challenging risk profiles of patients who are referred for cardiac surgery.”

In an editorial linked to the study, Dr. Jenny Szu-Chin Pan and Dr. David Sheikh-Hamad, of the Baylor College of Medicine in Houston, TX, note that therapeutic strategies to reduce the risk of acute kidney injury among heart surgery patients are lacking, and that Dr. Zarbock and colleagues may have identified a “novel inexpensive and noninvasive clinical intervention” that does just that.

However, they point out that before RIPC is adopted for clinical use, the potential risks of the technique must be taken into account.

“While remote kidney/cardiac preconditioning after limb muscle ischemia may differ from the changes observed in the heart after kidney ischemia,” they add, “effects of repeated limb ischemia with RIPC are not known and clinicians should be mindful of potential harms before adopting this approach widely.”

Earlier this month, Medical News Today reported on a study by researchers from The University of Manchester in the UK, which identified abnormal structure in the kidney filters of mice susceptible to kidney disease. These findings, the team says, could lead to a test that detects the condition early.