This is the finding of a new study published in JAMA Oncology.The risk of aggressive serous or serous-like endometrial cancer may be higher for women with a BRCA1 gene mutation, even after undergoing risk-reducing surgery involving the removal of the fallopian tubes and ovaries. 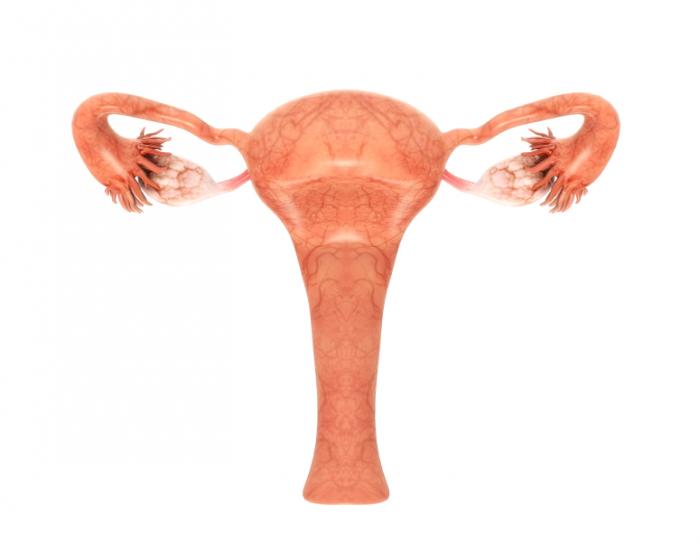 Researchers say women with a BRCA1 mutation are at higher risk for aggressive endometrial cancer, even after undergoing risk-reducing surgery.

RRSO is the surgical removal of the fallopian tube and ovaries, and it is sometimes recommended for women who are at high risk of breast or ovarian cancers as a result of BRCA1 or BRCA2 gene mutations.

However, the study found that a mutated BRCA1 gene did not increase women’s overall risk of uterine cancer if they had undergone the risk-reducing procedure, called risk-reducing salpingo-oophorectomy (RRSO).

But according to study co-author Dr. Noah D. Kauff, of the Duke University Health System in Durham, NC, and colleagues, a number of previous studies have questioned the cancer-reducing benefits of RRSO accompanied by a hysterectomy – the surgical removal of all or part of the uterus.

For their study, the team wanted to get a better understanding of how BRCA mutations impact the risk of uterine cancer among women who undergo RRSO without hysterectomy.

To reach their findings, the researchers analyzed the data of 1,083 women of a median age of 45. Of these, 627 had a BRCA1 gene mutation, 453 had a BRCA2 gene mutation, and three had mutations in both BRCA genes. All women had undergone RRSO without a hysterectomy.

Overall, eight of the 1,083 women developed uterine cancer, of which five were serous or serous-like endometrial cancer. Four of these cases were among women with a BRCA1 gene mutation, while one case occurred in a woman with a BRCA2 mutation.

Among the study participants, serous or serous-like endometrial cancers developed around 7-13 years after RRSO. Four of the women who developed this subtype had previously had breast cancer, and three of them had used tamoxifen – a medication used to treat metastatic breast cancer.

On comparing their data with rates of serous endometrial cancer among women in the general population, the researchers calculated that women with a BRCA1 gene mutation who undergo RRSO at the age of 45 are at 2.6 percent greater risk for developing serous or serous-like endometrial cancer until the age of 70.

Women’s risk of developing uterine cancer overall was not increased after RRSO, the researchers report.

The authors note that the small number of cancer cases identified in their study is a clear limitation, though they believe their findings still have implications for women with a BRCA1 gene mutation:

“Our results suggest that BRCA1+ women are at increased risk for serous/serous-like endometrial carcinoma.

Although instability in the estimated magnitude of this risk remains, we believe that the possibility of this cancer should be considered when discussing the advantages and risks of hysterectomy at the time of RRSO in BRCA1+ women.”

“Of concern is many of these uterine cancers are of serous histology, which is known to harbor worse outcomes even when diagnosed with early stage disease,” they add.

In an editorial linked to the study, Dr. Ronald D. Alvarez, of the University of Alabama at Birmingham, and colleagues say the findings add to existing research linking BRCA1 gene mutations to increased risk of endometrial cancer.

“Perhaps it is time to consider that the line for risk-reducing gynecologic surgery in patients with BRCA mutations not stop at the ovaries and fallopian tubes.”

Read about the discovery of five new gene regions that raise the risk of endometrial cancer.

Saturated Fat: These 7 Reasons Why It’s Not as Harmless as the Low-Carb Movement Claims