A study co-authored by researchers from Duke, Harvard and Columbia universities in the US has found that nearly 1 in 10 adults (9%) have both a history of impulsive, angry behavior and access to firearms. 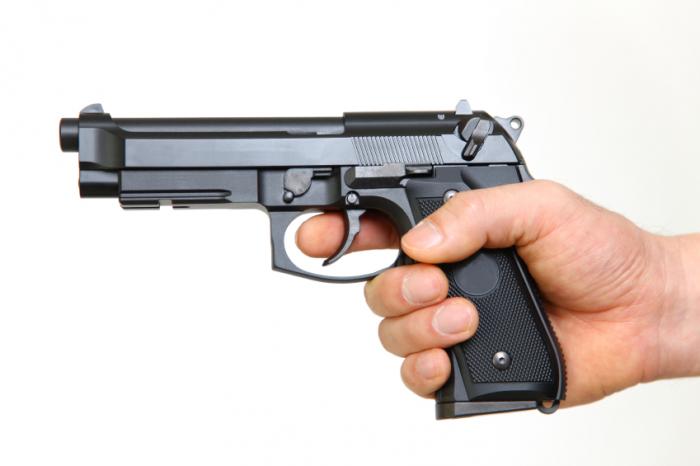 According to the researchers, angry people with access to firearms are typically young or middle-aged men whose anger manifests itself by them smashing or breaking things or getting into fights when they lose their temper. These individuals are also more likely to be married and live in outlying areas around metropolitan centers rather than in central cities.

Published in Behavioral Sciences and the Law, the study also found that an estimated 1.5% of anger-prone adults carry firearms outside their homes.

“Impulsive angry behavior conveys inherent risk of aggressive or violent acts,” write the authors, “which can become lethal when combined with access to firearms. There is also evidence that anger can mediate the relationship between symptoms of mental illness and violent behavior.”

The Centers for Disease Control and Prevention (CDC) report that in 2012, 11,622 people were intentionally killed in the US by people with guns, with an additional 59,077 people injured.

In their study, the researchers state that the public’s response to mass shootings has tended to discuss gun violence in association with mental illness, but “gun violence and mental illness are complex but different public health problems that intersect only at their edges.”

The researchers examined data obtained from 5,563 interviews conducted in person as part of the National Comorbidity Study Replication (NCS-R) – a nationally representative survey of mental disorders in US in the early 2000s.

Additionally, fewer than 1 in 10 anger-prone people with access to guns had a psychiatric or substance abuse problem that had led to a hospital admission. Under existing mental-health-related restriction, most of these participants would, therefore, be free to legally purchase firearms.

“Very few people in this concerning group suffer from the kinds of disorders that often lead to involuntary commitment and which would legally prohibit them from buying a gun,” says principal investigator Dr. Ronald Kessler, a professor of health care policy at Harvard.

The authors of the study suggest that assessing a prospective gun buyer’s previous convictions, including violent offenses and multiple convictions for impaired driving, could have a greater impact on attempts to prevent gun violence in the US than screening based on an individual’s history of mental health treatment.

Individuals that exhibit behaviors likely to increase the risk of impulsive, gun-related violence are more likely to be identified by examining a history of arrest than a history of mental health treatment, the authors reason, and the identification process would also be much simpler.

Laws such as the “dangerous persons” gun seizure laws in Connecticut and Indiana or the “gun violence restraining order” law in California could also help limit access to guns for individuals that may pose a danger to others due to impulsive angry behavior. These laws allow for pre-emptive removal of firearms from individuals deemed to be “high-risk.”

“As we try to balance constitutional rights and public safety regarding people with mental illness, the traditional legal approach has been to prohibit firearms from involuntarily-committed psychiatric patients,” says lead author Jeffrey Swanson, a professor of psychiatry and behavioral sciences at Duke Medicine.

“But now we have more evidence that current laws don’t necessarily keep firearms out of the hands of a lot of potentially dangerous individuals.”

Previously, a number of national health organizations called for the introduction of new policies to combat the number of firearm-related injuries and deaths in the US in a paper published in the Annals of Internal Medicine.