With the number of people living with Alzheimer’s disease expected to almost triple by 2050, the race is on to find a treatment that can prevent or slow the condition. But last week saw another crack emerge in the already rocky path toward an effective Alzheimer’s medication; pharmaceutical giant Eli Lilly announced the failure of what had previously been hailed a “breakthrough” in the treatment of the most common form of dementia. 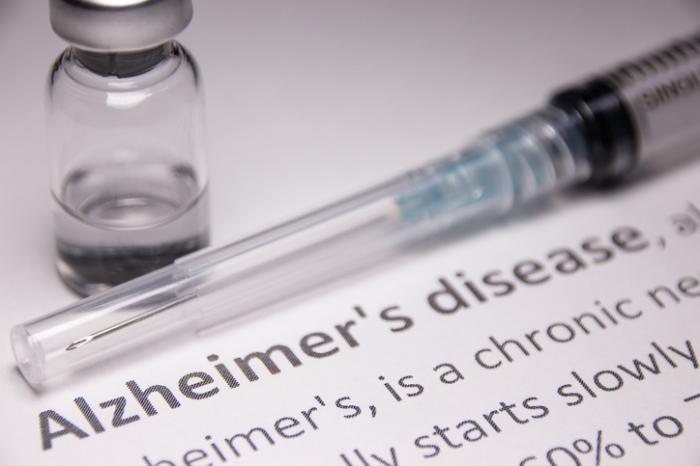 Last week, Eli Lilly announced that the drug solanezumab had failed to slow cognitive decline in patients with mild Alzheimer’s.

In a statement released last Wednesday, Eli Lilly revealed that their drug solanezumab failed to slow cognitive decline in a phase III clinical trial of more than 2,000 patients with mild Alzheimer’s disease.

Solanezumab is a monoclonal antibody that aims to slow Alzheimer’s progression by targeting and breaking down beta-amyloid plaques in the brain, which are clumps of protein thought to play a significant role in the disease.

While there are a number of other drugs in development that work in a similar way, none had come as far as solanezumab; it is the first medication of its kind to reach the last stage of testing prior to being eligible for license application, and researchers were optimistic that the drug would yield success.

In 2012, early data from the trial suggested solanezumab could slow disease progression by around 34 percent for a subset of patients in the earliest stages of Alzheimer’s.

And last year, Medical News Today reported on further results from the trials that revealed the earlier solanezumab is given to patients with mild Alzheimer’s, the greater the chance of success.

The failure of solanezumab

Though these early results were met with caution, there were high hopes that solanezumab would become the first drug to slow Alzheimer’s disease. However, it seems these hopes have now been dashed.

Eli Lilly report that in the final stage of their trial – called EXPEDITION3 – patients with mild Alzheimer’s who were treated with solanezumab “did not experience a statistically significant slowing in cognitive decline compared to patients treated with placebo.”

“Lilly will not pursue regulatory submissions for solanezumab for the treatment of mild dementia due to Alzheimer’s disease,” the drug giant said in their statement.

Alzheimer’s organizations across the globe have spoken of their sadness following the trial results.

“After positive news last summer we had high hopes for this drug to become the first to slow down Alzheimer’s disease,” says Jeremy Hughes, chief executive of the Alzheimer’s Society in the United Kingdom. “It’s extremely disappointing to learn that it hasn’t delivered a meaningful change for people living with dementia, when the need is clearly so great.”

In a statement, the Alzheimer’s Association in the United States say they are “disappointed” with the results, but they add that there are other beta-amyloid targeting drugs in development that show promise.

However, many researchers claim the failure of solanezumab begs the question: is targeting beta-amyloid really a feasible way to treat Alzheimer’s disease?

Beta-amyloid is a “sticky” protein fragment produced by a molecule called amyloid precursor protein (APP). Beta-amyloid can accumulate between nerve cells – or neurons – in the brain, clumping together to form so-called plaques.

According to the National Institute on Aging, some individuals will develop these plaques as they age, but they are much more abundant in certain regions of the brain in people with Alzheimer’s disease, including the hippocampus – the region associated with learning and memory. 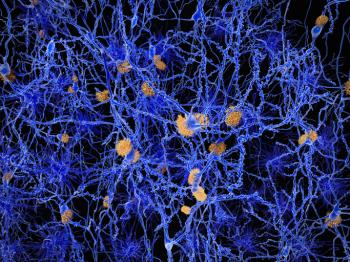 Beta-amyloid plaques are believed by many to play a key role in Alzheimer’s disease.

As such, beta-amyloid is considered a hallmark of Alzheimer’s disease. However, precisely how it contributes to the condition is a topic of debate.

The former is the more widespread theory. A study published in 2013 in the journal Science, for example, used mouse models to show how beta-amyloid destroys the connections between brain cells – called synapses – before forming plaques to cause nerve cell death.

However, other studies have suggested a protein called tau – which forms twisted strands known as “tangles” inside nerve cells – may be a primary cause of Alzheimer’s.

One such study – published earlier this year in the journal Science Translational Medicine – found that a greater abundance of tau in the brain’s temporal lobe was linked to poorer memory.

While Alzheimer’s researchers have increasingly looked to tau as a target for new drugs in recent years, the focus is still very much on beta-amyloid. But given the number of beta-amyloid-targeting drugs that have failed in testing, optimism for these types of medication is gradually dwindling.

Is the beta-amyloid theory dead?

Alzheimer’s disease has one of the highest drug failure rates. According to a 2014 study published in the journal Alzheimer’s Research & Therapy, of 244 compounds tested in Alzheimer’s clinical trials between 2000-2012, only one was approved by the Food and Drug Administration (FDA), representing a 99.6 percent failure rate.

The vast majority of these clinical trials were for therapies that target beta-amyloid, accounting for 70 of 146 compounds tested. In comparison, only 13 of the compounds tested targeted the tau protein.

Looking at the overall statistics, it is hard not to question the feasibility of beta-amyloid-targeting drugs for the treatment of Alzheimer’s, and it seems the latest report of solanezumab’s failure has done nothing to quash this doubt.

Talking to BBC News, Prof. Peter Roberts, of the University of Bristol in the United Kingdom, said he was not surprised solanezumab failed to yield positive results for Alzheimer’s patients.

“The problem, to my mind, is completely fundamental. There is still no convincing evidence that shows a clear relationship between amyloid deposition and deficits in cognition in humans,” he said. “All we really know is that evidence of amyloid deposition begins up to maybe 20 years before the onset of Alzheimer’s disease.”

Some researchers believe solanezumab’s failure is further confirmation that beta-amyloid is simply the wrong target for an Alzheimer’s treatment.

“The amyloid hypothesis is dead,” George Perry, a neuroscientist at the University of Texas at San Antonio, told Nature News. “It’s a very simplistic hypothesis that was reasonable to propose 25 years ago. It is not a reasonable hypothesis any longer.”

“We’re flogging a dead horse,” added Peter Davies, an Alzheimer’s researcher at the Feinstein Institute for Medical Research in Manhasset, New York. “There’s no sign of anybody getting better, even for a short period, and that suggests to me that you have the wrong mechanism.”

A different approach to beta-amyloid may be needed

Many scientists, however, remain optimistic that beta-amyloid is the right target for Alzheimer’s drug development, but some suggest the way the protein is targeted may need to be reassessed.

In the case of solanezumab, the drug binds to beta-amyloid plaques in the brain and breaks them down. However, Prof. Roxana O’Carare, a professor of clinical neuroanatomy at the University of Southampton in the U.K., speculates that the protein may need to be removed from the brain completely.

“The brain is not equipped with lymph vessels as other organs have. Instead fluid and waste are eliminated from the brain along very narrow pathways that are embedded within the walls of blood vessels,” she explained to BBC News.

“These pathways change in composition and fail in their function with increasing age and with the risk factors for Alzheimer’s disease, resulting in the buildup of amyloid in the walls of blood vessels.”

“When a vaccine such as solanezumab is administered,” Prof. O’Carare added, “the sticky plaques of amyloid from the brain break down, but the excess waste and fluid is unable to drain along the already compromised drainage pathways.”

While Eli Lilly say they will no longer seek regulatory approval for solanezumab, the drug continues to be tested in a number of clinical trials.

The Anti-Amyloid Treatment in Asymptomatic Alzheimer’s Disease study, or the A4 study, is one such trial. Initiated in 2014, the phase III trial is testing the safety and efficacy of solanezumab in 1,150 patients at risk of Alzheimer’s due to beta-amyloid buildup.

Although solanezumab fell at the last hurdle in Eli Lilly’s trial, some Alzheimer’s researchers and organizations believe it is not necessarily the end of the road for the drug.

“We sincerely hope that the ongoing Alzheimer’s prevention trials (A4 study, Alzheimer’s
Prevention Initiative, DIAN-TU) that are testing solanezumab and other anti-amyloid agents will
continue,” say the Alzheimer’s Association in a statement.

“These other programs have different ways of acting on the amyloid pathway and some
are also addressing the disease at a much earlier stage when these drugs may still prove to be
effective.”

‘Dementia can and will be beaten’

Researchers are keen to point out that there are a number of other drug compounds being tested that have shown promise against Alzheimer’s in early trials.

The Alzheimer’s Association note that one therapeutic strategy being investigated is alleviating inflammation of the brain, or neuroinflammation, which some researchers have suggested may play a role in Alzheimer’s disease.

Earlier this year, the Alzheimer’s Association announced that four new phase I and phase II trials will each be receiving $1 million in funding to further investigate the link between neuroinflammation and Alzheimer’s.

“By further understanding the role and the timing of neuroinflammation and immune responses, we will be able to further accelerate novel candidate Alzheimer’s therapies,” she adds.

So it seems that in the wake of the disappointing news about solanezumab, it is certainly not time to give up on the prospects of new treatments that can prevent, slow, or halt Alzheimer’s disease.

“Dementia is society’s biggest health challenge – and we’ve seen time and again that developing effective treatments is incredibly difficult. This is only one drug of several in the pipeline and they aim to tackle dementia in different ways, so we should not lose hope. Dementia can and will be beaten.”

This Is Juno?The Blue Jays Biological Announced The Result Of The Positive Car – T