For decades, scientists have been investigating what effects drugs and other chemicals that get into wastewater may have on the environment and human health. More recently, they have

become interested in how disinfection treatments can change them into new compounds. Now, a new study suggests

chlorination of wastewater may transform antibiotics into new forms, potentially adding to the problem of 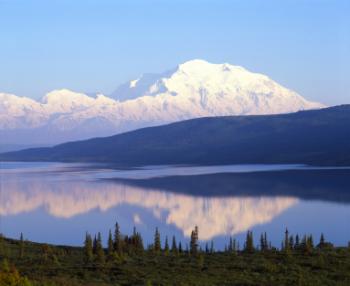 When antibiotics in wastewater are not broken down by treatment they get into the environment, where bacteria are gradually becoming resistant to them, say the researchers.

At a conference of the American Chemical Society held in Denver, Colorado, earlier this year, Olya Keen, a professor of civil and environmental engineering at the University of North Carolina at Charlotte, described how she and a colleague investigated doxycycline – a widely used antibiotic that commonly ends up in

wastewater effluents and the environment.

The researchers found that disinfection with chlorine transforms doxycycline in wastewater into new antibiotic compounds, as Prof. Keen explains:

“Wastewater treatment is designed to break down biological substances, but not antibiotics. Surprisingly enough, though, we are finding in the lab that not only is chlorine not breaking down antibiotics,

but it is actually creating even stronger antibiotics than the original doxycycline.”

There are several ways that antibiotics and other drugs can end up in wastewater. When we take antibiotics, they are not all broken down in the body and get passed into wastewater. Drugs that have passed their expiry date also get dumped into the sewage system from homes and hospitals. Another route is the discharge of antibiotic materials from pharmaceutical companies.

“Wastewater tests have found every type of antibiotic known,” Prof. Keen says. “The problem antibiotics cause

when they are not broken down by treatment is they get into streams, where bacteria are becoming immune to them,

and more dangerous, superbug, bacteria can be formed.”

Traditionally, the effectiveness of wastewater treatment has been assessed according to the disappearance of the

parent contaminants. More recently, however, scientists have been looking at other ways such as looking at what new compounds are formed.

Prof. Keen and her co-investigator Nicole Kennedy-Neth, a doctoral student, argue that not enough attention has been given to the new compounds that

means by which both drinking water and wastewater are disinfected.

Evidence calls for a re-evaluation of wastewater disinfection methods

For their study, they investigated the effect of chlorine on doxycycline and measured changes in antibacterial activity of the new compounds that result from the reaction.

in the environment, even when the parent doxycycline molecule is no longer present.

On the basis of their evidence, the researchers call for a re-evaluation of wastewater disinfection methods, as Prof. Keen explains:

“This research is a small piece of a larger question. There are varieties of antibiotics found

in wastewater, and at this point we are just testing one. It is in a class of antibiotics that all have similar

compositions, so we anticipate that other antibiotics in this class may respond the same way.”

For this initial study, the researchers prepared controlled samples in the laboratory, where they treated doxycycline with chlorine. Then, using a mass spectrometer, they identified compounds in the various samples. They now plan to do the same with real wastewater samples.

They hope to eventually find better ways of breaking down antibiotics during wastewater treatment or keeping them out of wastewater in the first place.

In the following video, Prof. Keen discusses the research with delegates at the

Meanwhile, MNT reported earlier this year how man-made pollution may