Research, published this week in the Journal of Clinical Endocrinology, gives hope to older men who have lost their sexual drive or suffer from erectile dysfunction. Testosterone replacement therapy might be the answer. 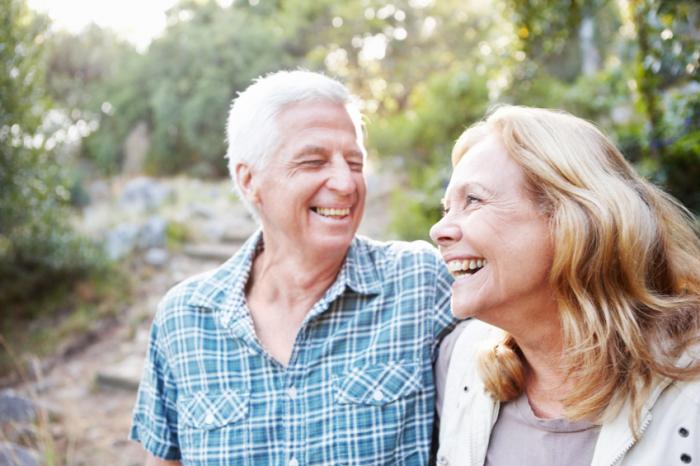 Hypogonadism – a reduction or absence of hormones secreted by the testes – is thought to affect 40 percent of men over the age of 45.

Despite these high numbers, most cases are missed; an estimated 95 percent are undiagnosed.

For the past 70 years, testosterone replacement therapy has been used in individuals with testosterone deficiency, whether due to disease or aging.

Although this treatment has a long history, testosterone therapy’s effectiveness on sexual dysfunction in older men has not be investigated in sufficient depth.

Over the past 15 years, testosterone therapy has increased almost fourfold in America. This has been in large part due to an overall increase in awareness and more regular screening for testosterone levels.

Research has shown that testosterone treatment helps improve sexual function in younger men who have lower androgen levels due to problems with the testes, hypothalamus, or pituitary.

However, despite its widespread adoption in the aging population, there is scant evidence as to how testosterone treatment might help in the treatment of sexual dysfunction in older men. Previous studies have been limited in size and delivered contradictory or inconclusive results.

The current investigation is, to date, the largest placebo-controlled trial to study the effects of testosterone on sexual dysfunction in older males.

It is part of the so-called Testosterone Trials, a series of seven studies looking into hormone therapy in men over 65 years of age.

The current study set out to investigate the effectiveness of testosterone therapy in increasing sexual desire and function. Led by Dr. Glenn R. Cunningham, of Baylor College of Medicine and Baylor St. Luke’s Medical Center in Houston, TX, the study used data from 470 men.

All participants were at least 65 years old and reported having a low libido. They all had a heterosexual partner who was willing to have sexual intercourse at least twice a month. Additionally, each individual had low testosterone levels, as demonstrated by multiple measurements.

Each participant answered a questionnaire about sexual function at the start of the study and every 3 months until the end of the trial.The study was conducted over a 12-month period. The men either received testosterone gel – the most common form of testosterone therapy – or a placebo gel.

The only two measures that did not show any change were “flirting by others” and “day spontaneous erections.”

In comparison, the men in the placebo group showed no change across the year. As the authors conclude:

“Our findings indicate low testosterone is one cause contributing to reduced libido and erectile dysfunction in older men. Men experiencing these symptoms should be evaluated for testosterone deficiency.”

The researchers also investigated whether other factors influenced the positive results, such as body mass index (BMI), diabetes, or alcohol use. None were found to have a significant impact.

As ever, the more information that medical science has regarding the issue, the more it can do to intervene and rectify the situation.The results infer that a low testosterone level is at least one cause of a reduced libido and erectile dysfunction in older men. Also, testosterone therapy improves multiple measures of sexual dysfunction.

Read more about the use of testosterone gel to improve sexual function in older men.