Traumatic brain injury plays a role in around 30 percent of all injury-related deaths in the United States, emphasizing the need for new treatments that reduce or repair brain damage following blows or jolts to the head. In a new study published in Nature Communications, researchers reveal how they may be a step closer to making such a treatment possible. 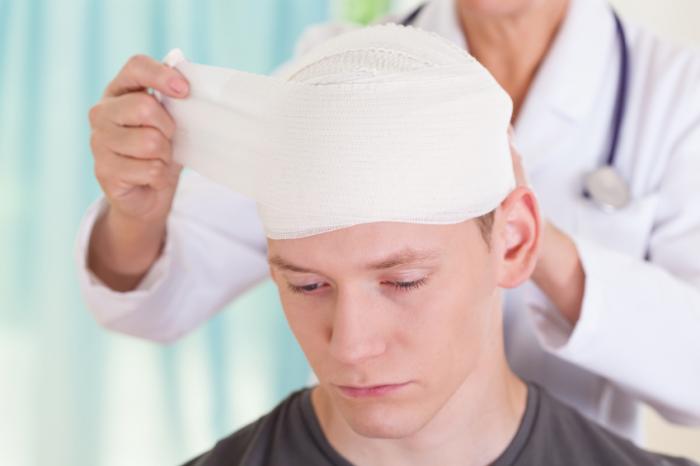 Researchers say their drug delivery technique could offer a noninvasive approach to treatment for TBI.

Led by investigators from the Sanford Burnham Prebys Medical Discovery Institute in La Jolla, CA, the study reveals how a peptide could target and repair brain tissue damage that occurs after traumatic brain injury (TBI).

The Centers for Disease Control and Prevention (CDC) state that, in 2010, around 2.5 million emergency department visits, hospitalizations, or deaths occurred in the U.S. that were related to TBI.

The CDC define TBI as “a bump, blow, or jolt to the head or a penetrating head injury that disrupts the normal function of the brain.” Falls, motor vehicle accidents, and assaults are some of the leading causes of TBI.

But according to first author Aman Mann, Ph.D., of the Cancer Research Center at Sanford, “there are no approved drugs to stop the cascade of events that cause secondary injury.”

There is no way to repair the initial brain damage caused by TBI; current treatments focus on limiting the secondary brain damage that occurs. These involve reducing intracranial pressure and increasing blood flow.

There are numerous drugs being tested in preclinical trials for their ability to achieve such a feat, but the researchers note that these drugs are currently delivered through direct injection to the brain, which is invasive and can lead to additional complications.

The team set out to identify a less invasive means of delivering drugs to the brain that can reduce the secondary damage caused by TBI.

For their study, the researchers tested the effects of various peptides – compounds made up of at least two amino acids – on two mouse models of TBI. One model was for TBI caused by penetrating head injury, while the other was for non-penetrating TBI.

All peptides tested were delivered to the mouse models intravenously – directly into a vein – rather than through direct injection to the brain.

In detail, the researchers found that the CAQK peptide attached itself to chondroitin sulfate proteoglycans in the brain – proteins that surround brain cells and that increase in abundance after brain injury – without attaching to other injured organs.

The findings indicate that the CAQK peptide could be used to deliver drugs intravenously to damaged brain tissue following TBI, offering a noninvasive alternative to direct brain injection.

Additionally, on testing CAQK on injured human brain tissue, they found it attached to the same proteins.

“Using this peptide to deliver drugs means they could be administered intravenously, but still reach the site of injury in sufficient quantities to have an effect.

This peptide could also be used to create tools to identify brain injuries, particularly mild ones, by attaching the peptide to materials that can be detected by medical imaging devices. And, because the peptide can deliver nanoparticles that can be loaded with large molecules, it could enable enzyme or gene-silencing therapies.” replica orologi svizzeri