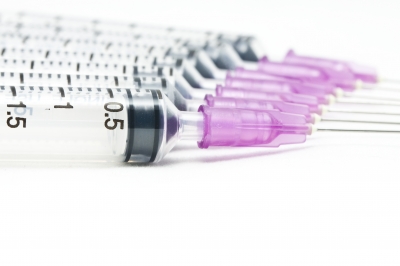 PsiOxus Therapeutics has signed a second agreement with Bristol-Myers Squibb (BMS), this time for worldwide rights to its ‘armed’ oncolytic virus NG-348, currently in the preclinical research phase.

PsiOxus got a $10 million payday with that deal. Today’s agreement brings the six-year-old company a $50 million upfront payment, with up to $886 million in development, regulatory and sales-based milestones, as well as royalties on net sales.

BMS will assume sole responsibility for the clinical development and commercialization of NG-348. The deal also cemented the Big Pharma company’s relationship with PsiOxus, which was once courted by its immunotherapy arch nemesis Merck.

In an August 2016 interview, PsiOxus CEO John Beadle told Partnering 360 that its research with Merck had taken a backseat after the first BMS deal was struck.

“The honest truth is now that we’ve done the deal (with Bristol-Myers) we decided to close down the Keytruda work.”

BMS and Merck have competing PD-1 checkpoint inhibitors — Opdivo and Keytruda. Both companies are now chasing a greater market share by pairing the drugs as part of combination therapies.

In the company news release, Fouad Namouni, head of oncology development at Bristol-Myers Squibb, hinted at the joint potential the therapies could have.

“We are excited to bring our deep expertise in Immuno-Oncology to the continued development of NG-348 and to better understand the potential role of oncolytic viruses in enhancing checkpoint blockade in multiple types of cancer in the tumor microenvironment.”

As the name suggests, oncolytic viruses are a class of therapeutics that use viruses to destroy cancer cells, while also rallying the patient’s own immune response.

A successful therapy requires screening for the right kind of virus, a process PsiOxus worked extensively to fine tune in its early days.

The company’s Tumor-Specific Immuno-gene Therapy (T-SIGn) platform then takes it one step further. Through this technique, NG-348 virus is “armed” with two immuno-therapeutic transgenes to further disrupt the cancer and flag it for the patient’s immune system to destroy.

Transgenes are genetic material or genes transferred from one organism to another — such as from a virus to a tumor cell.

To date, just one oncolytic virus therapy has gained approval by the FDA.

That drug was Imlygic, a genetically modified live oncolytic herpes virus approved for sale in October 2015. Also known as T-Vec, the therapy is administered directly into melanoma lesions.

Imylgic was a symbolic win for Amgen, given it was the first oncolytic virus to reach the market. Its sales have been modest, however, due to its niche use within the melanoma patient population and the wealth of new, more effective options, such as Yervoy and BMS’ Opdivo.