Alcohol dependence carries with it a host of negative consequences, both physically and socially. New research sets out to measure the specific cognitive deficits attributed to a life of alcohol use. 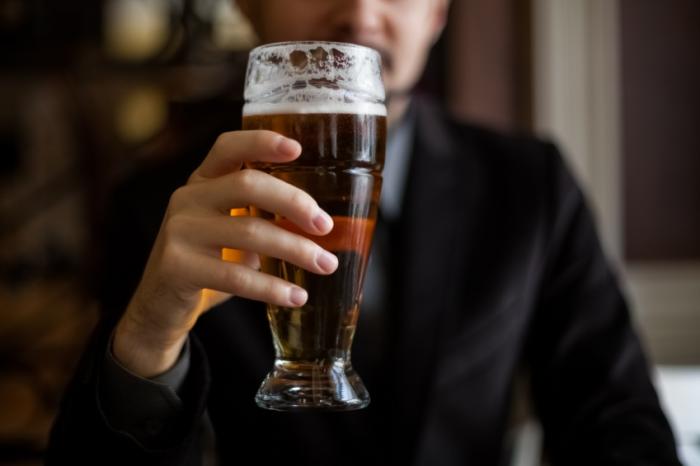 Further evidence of the detrimental effects of alcohol is uncovered in new research.

Alcohol abuse is no small matter. In America in 2014, according to the National Institute on Alcohol Abuse and Alcoholism, there were estimated to be 16.3 million adults with an alcohol use disorder.

In the same year, a worrying 24.7 percent of individuals aged 18 or over reported that they had engaged in binge drinking in the past month.

Alcohol is now known to increase the risk of a number of health outcomes, including certain cancers, stroke, heart disease, and liver disease. The drug clearly has a substantial impact on society and the world at large.

There is also a growing body of evidence that a long history of alcohol abuse, aside from physical effects, has a negative impact on cognitive ability.

Alcohol use, age, and cognition

The relationship between alcohol and cognition appears to be a complex one; studies have demonstrated a range of outcomes. For instance, in a review published in the journal Psychiatry Investigation in 2012, the authors write:

“Longitudinal and brain imaging studies in the elderly show that excessive alcohol consumption may increase the risk of cognitive dysfunction and dementia, but low to moderate alcohol intake may protect against cognitive decline and dementia and provide cardiovascular benefits.”

The same review also advises that results must be approached with caution and that there is a marked lack of well-designed studies to draw conclusions from.

A team of researchers set out to take a fresh look at the issue; they designed a study to quantify any neurocognitive deficits present in a group of participants with a significant duration of alcohol dependence. They took recruits from the Brown University Center for AIDS Research.

In total, 35 women and 31 men took part in the trial. Level of alcohol dependence was assessed using the National Institute on Alcohol Abuse and Alcoholism criteria and structured clinical interviews.

Twenty-one of the participants were classified as current heavy drinkers; these were compared with non-drinkers and moderate drinkers. Over half of the group had a lifetime history of dependence on alcohol.

Each individual underwent a thorough battery of neurocognitive tests. The results from the tests were grouped into specific categories of cognitive function: learning, memory, attention/executive function, verbal function, motor function, and relative speed of processing.

The results, published in the journal Research Society on Alcoholism, clearly demonstrate that current heavy drinking in older adults shows a significant dip across the majority of test types; the factors impacted in the older dependents included poorer cognitive functions, memory, learning, verbal and motor function, and speed of processing.

Alcohol dependence is a global problem and, although the study involved only a small group of participants, the results back up previous research. A similar study, published in Aging and Mental Health in 2013 examined 500 participants aged 45 or older.

The team set out to examine “cognitive outcomes for alcohol drinking status over time, across cognitive ability and age groups.” They showed that drinking status was associated with changes in verbal ability, spatial ability, and perceptual speed. However, as with other studies in this field, the authors call for more, large-scale studies.

The picture is becoming clearer, but the full impact of long-term alcohol abuse on cognitive ability is still not entirely pinned down.

Read about researchers who claim to be able to reverse alcohol dependence.

Overweight People Better Than Others And Kidney Cancer?

Is Your Low-carb Diet Rages In Your Gut Microbes Group?