As printed on almost every cigarette pack, smoking increases the risk of heart disease. While this is a known fact, the actual numbers often remain ignored. A new study looks at the risk of developing heart attack in younger smokers. 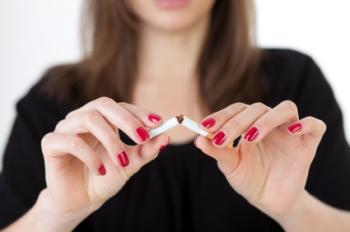 New research finds younger smokers are at much greater risk of heart attack.

According to the Centers for Disease Control and Prevention (CDC), over 16 million Americans live with a disease caused by smoking.

Cancer, heart disease, and stroke are only a few of the conditions caused by smoking. Tobacco use also causes lung diseases, diabetes, and chronic obstructive pulmonary disease (COPD).

The CDC report that 1 in 3 deaths from cardiovascular disease (CVD) are caused by tobacco.

CVD includes several types of heart conditions. The most common form of CVD in the United States is coronary heart disease, which ultimately leads to heart attacks.

New research examines the link between smokers’ age and the risk of developing a specific type of heart attack.

Studying the risk of STEMI heart attack in younger smokers

Researchers from the South Yorkshire cardiothoracic center in the United Kingdom examined 1,727 adults who were undergoing treatment for a type of heart attack known as STEMI.

STEMI stands for ST-segment elevation myocardial infarction, and it refers to the electrocardiogram pattern that can be seen when a large portion of the heart muscle is dying. STEMI is a very serious type of heart attack where one of the heart’s major arteries is suddenly and completely blocked.

The researchers used data from the Office for National Statistics Integrated Household Survey in South Yorkshire.

Almost half of the 1,727 patients – or 48.5 percent – were current smokers. Just over 27 percent were former smokers, and a quarter were nonsmokers.

The results were published in the journal Heart.

Overall, the study revealed that current smokers had a likelihood of developing STEMI three times higher than ex- and nonsmokers combined.

Current smokers were also three times likelier to have peripheral vascular disease than nonsmokers. In vascular disease, fatty deposits build up in the arteries and stop the blood supply to the legs.

Along with ex-smokers, current smokers were twice as likely to have also had coronary artery disease.

Current smokers were likely to be 10-11 years younger than former or nonsmokers when they had their STEMI.

The highest risk was found among smokers under 50 years of age, who were almost 8.5 times more likely to have a STEMI heart attack than nonsmokers and ex-smokers combined.

The risk was inversely associated with age, meaning that it decreased as the age increased. For instance, among adults aged 50-65, the risk fell to five times higher, while in smokers over the age of 65 the risk was only three times higher.

The smoking prevalence rate among STEMI patients under the age of 50 was 75 percent.

This is the first study that uses population data combined with case data to demonstrate that the risk of acute STEMI heart attack is much higher in younger smokers than older ones.

The study could help guide health policies to target segments of the population where a higher prevalence of smoking was noticed, and where there is a higher risk.

“This study may also help to tackle the misconception by young smokers that acute STEMI is a disease of the elderly, by showing that this group is very vulnerable and has the highest risk from their smoking.”

However, given that this is an observational study, it cannot explain the reasons why the risk is so much higher in younger adults. Since younger smokers do not have many of the other risk factors for heart attack, such as high cholesterol, increased blood pressure, or diabetes, the results are all the more difficult to explain.

Authors speculate, however, that smoking may be the most important risk factor, as other cited research shows cigarette smokers are more vulnerable to arterial plaque rupture.

The study is also limited in the sense that it is based on just one regional specialist cardiothoracic center in the U.K., and it did not include patients who died before admission.

Additionally, the study did not account for those considered unsuitable for percutaneous coronary intervention (PCI) treatment at the center.

Study highlights the need for prevention among younger patients

“All current smokers must be encouraged into smoking cessation therapy to reduce their risk of acute STEMI, with a focus on the youngest smokers whose increased risk is often unrecognized,” the authors note.

In a linked editorial, cardiologist Dr. Yaron Arbel, of the Tel-Aviv Medical Center in Israel, further insists on the need for prevention campaigns aimed at the younger age groups.

“Most smokers know that smoking is bad. However, exact numbers have a tendency to hit home more often. Therefore studies like the present one are especially important.”

He adds that since most young patients lack conventional risk factors, common treatment practices are less beneficial for them. Therefore, efforts should concentrate on prevention, not treatment.

“Our goal should be to provide them with the tools to achieve abstinence,” Arbel notes. “In difficult cases, even reducing the number of cigarettes smoked daily might make a difference.”

Learn how e-cigarettes may be just as harmful as tobacco for oral health.