An antibody test that can accurately detect the presence of Alzheimer’s disease before symptoms appear may soon be available, according to researchers from the Rowan University School of Osteopathic Medicine. It would give physicians an opportunity to intervene at the earliest, most treatable stage. 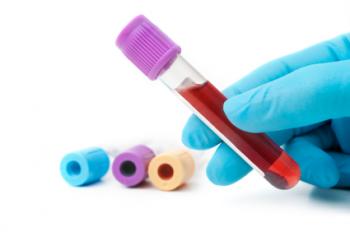 Antibodies in the blood reflect our total health experience.

Today, there is no definitive FDA-approved blood test for Alzheimer’s disease, which affects an estimated 5.3 million Americans, and is among the top 10 causes of death in the US.

The research is presented this week by Dr. Robert Nagele, PhD, at the American Osteopathic Association’s Osteopathic Medical Conference and Exposition (OMED15) in Orlando, FL.

It explains how autoantibodies act as blood-based biomarkers in order to detect numerous diseases and identify the stage to which a disease has progressed.

The work is based on the premise that thousands of autoantibodies are present in human blood. These specifically bind to blood-borne cellular debris generated by organs and tissues all over the body.

Each person has their individual profile

In Alzheimer’s disease, the brain begins to change years before symptoms emerge. Detecting antibodies at the preclinical stage would give patients an opportunity to work with physicians to make lifestyle changes or receive available treatments before symptoms appear, which could help to avoid or delay the most devastating symptoms.

While the cause of Alzheimer’s remains unknown, it is clear that maintaining a healthy blood-brain barrier is a critical preventative measure. Diabetes, high cholesterol, high blood pressure, stroke and being overweight all have a negative effect on the vascular system.

As blood vessels in the brain weaken or become brittle with age, they begin to leak, which allows plasma components including brain-reactive autoantibodies into the brain. There, the autoantibodies can bind to neurons and accelerate the accumulation of beta-amyloid deposits, a hallmark of Alzheimer’s pathology.

“There are significant benefits to early disease detection because we now know that many of the same conditions that lead to vascular disease are also significant risk factors for Alzheimer’s. People found to have preclinical disease can take steps to improve their vascular health, including watching their diet, exercising and managing any weight and blood pressure issues to help stave off or slow disease progression.”

The test could also help to detect other diseases, such as Parkinson’s disease, multiple sclerosis (MS) and breast cancer.

Jennifer Caudle, assistant professor of family medicine at Rowan University, says that although physicians constantly tell patients that a healthy lifestyle is the best medicine for preventing disease, many people disregard advice about nutrition and exercise until a health crisis happens.

She adds, “I can’t think of a single patient who wouldn’t take steps to prevent the progression of Alzheimer’s if they could directly affect their prognosis.”

Medical News Today recently reported that researchers have challenged beliefs about the role played by clumped protein in Alzheimer’s.