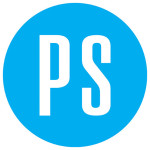 The AGE via Getty Images

Chronic Fatigue Syndrome affects one million Americans, according to recent estimates. Yet there’s no reliable lab test for the illness, and researchers are still struggling to understand why and how the disease develops. That situation may soon improve, as researchers have found key disruptions in the immune systems of patients who’ve had Chronic Fatigue Syndrome fewer than three years, a discovery that could open the door to new tests and more individually tailored treatments for the debilitating illness.

“Over 70 percent of patients have a delay in diagnosis of at least a year” and sometimes a decade, says Mady Hornig, lead author of the new study and an associate professor of epidemiology at Columbia University’s Mailman School of Public Health. That’s partially because diagnosing Chronic Fatigue Syndrome—more properly known as myalgic encephalomyelitis, or ME/CFS—is usually a matter of tracking specific symptoms and ruling out a variety of other, more easily identified disorders.

Now, Hornig and her collaborators have discovered specific differences in blood samples taken from patients still in the early phases of the disease compared with other patients and healthy people. That suggests “there may be hope for early diagnosis,” she says.

That optimism stems from two separate studies on a total of 298 people with ME/CFS and 348 healthy individuals. Of that ME/CFS test group, 52 patients had had the disease fewer than three years. Because diagnoses are so often delayed, Hornig says, that group is often overlooked.

Overlooked but crucial, it turns out. When Hornig and colleagues studied blood samples from the different groups, they found higher levels of a few dozen different cytokines, the chemical messengers that mobilize the immune system in response to infection, compared with the control group.

“We know that [the immune system] should shut down” after fighting off a virus or bacteria, but instead the system that regulates cytokines themselves “goes off the rails” in the early stages of ME/CFS, Hornig says. That suggests doctors could use high cytokine levels to help diagnose the disease in its early stages.

Curiously, though, many of the same cytokines that were abundant in the early stages were in unusually low supply after three years. That’s an observation Hornig says could help researchers understand the genesis and trajectory of ME/CFS. It could also lead to treatments specific to a patient’s stage of the disease.

“The message is not that once you’re past the three-year mark,” you’ve missed your chance, Hornig adds. “There may be different treatments that are effective in early-stage disease versus later-stage disease.”

While the latest report compares people with early-stage ME/CFS to those in later stages, the team is working on tracking individuals with the disease as it develops over time. That will help researchers understand whether ME/CFS develops similarly across all patients, and it might help reveal treatments aimed at resetting the immune system to it’s natural state. “We’re eager to keep forging on,” Hornig says.