Three months ago, the beauty of the CC finally decided to “point” out a mole on his forehead. However, after less than a month, “mole” on his forehead and a protruding gradually, and even greater than before. CC a little worried, came to Sun Yat-sen Memorial Hospital plastic surgery, the doctor told her best to understand the disease after hospital treatment. As a mole needs an operation so trouble? CC with a puzzled admitted to the hospital. 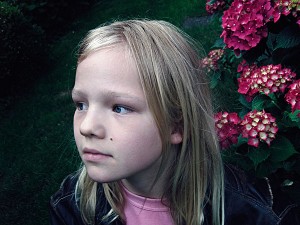 The same ward Xiaoting really surprised her. On Xiaoting stomach longer a fingertip-sized “spots”, also broke the surface of the skin. Xiaoting said that several years ago she just stumbled upon a new navel grow near grain size of the “black spots”, that is the “mole.” The last two months only to find this “mole” slowly getting bigger, often have itching, until a week ago accidentally “mole” scratching, skin healing has not only had to see the doctor, the doctor told her it is likely to be malignant melanoma! Professor Zhang Jinming said the hospital cosmetic cosmetology department, malignant melanoma (the evil black) is a type of skin cancer, because of the high mortality rate is notorious. And some from malignant melanoma is the mole. In fact, the mole itself little impact on human health, but some chronic physical stimulation can induce malignant transformation. Long in the palm of your hand, foot, collar, waistband mole at the long-term under pressure or by friction prone to malignant transformation.

A mole do not arbitrarily “point”

After listening to the doctor’s some description, CC think their feet have always had a mole, you can go “points” off? The doctor told her that a mole do not arbitrarily “point.” The use of chemicals or burning laser mole removal, commonly known as “point” mole, because treatment easily and quickly accepted by the people. However, the “point” mole there is no small risk. First, the depth of laser ablation is difficult to grasp, if the level is too deep burn easily scarring, level too shallow and difficult to completely remove the mole easy to relapse, chemicals or physical cautery may induce recurrent malignant mole. Secondly, the use of drugs or laser ablation to remove the mole can not get the exact pathological results, but only if the mole has malignant “points” instead of taking out the standard therapy can significantly delay treatment, and therefore must not be suspected malignant mole “point”.

Ye identify themselves good or bad?

Systemic so many “mole” in the end who is the “good” who is “bad” in it? To help you better identify melanoma, the American Association of Dermatologists, a self diagnosis of melanoma ABCDE principles in 2004.

A representative of an asymmetrical shape, benign mole is symmetrical, malignant mole can be a variety of shapes.

C represents a variety of colors, even benign general color stains, there may be evil black color shades, black and red and other changes.

D represents a diameter greater than 6 mm, the normal state of benign moles may also slow growth, but if the original mole grew up in a short time, more than 6 mm in diameter, it suggested the possibility of malignancy.

E represents a gradual uplift lesions, malignant melanoma grow rapidly in the process may be associated with surface ulceration, and even bleeding, pain, itching and feeling is not a good sign.