The belief that one is dead, an uncontrollable “alien” hand: these conditions wouldn’t sound out of place in a horror movie. So you may be surprised to learn that they are just two of the thousands of very real and rare disorders that can have a devastating impact on people’s lives. 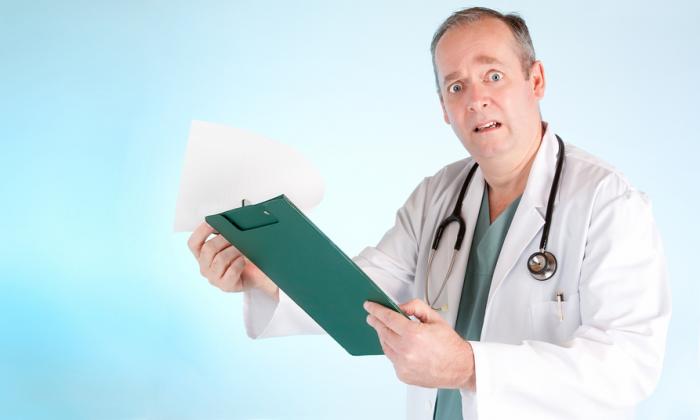 There are around 7,000 known types of rare diseases and disorders.

According to Global Genes – a leading rare disease patient advocacy organization – there are around 7,000 types of rare diseases and disorders, and more are being uncovered every day.

In the United States, a disease or disorder is considered rare if it affects fewer than 200,000 people in the country at any given time, and it is estimated that 1 in 10 Americans are living with such conditions.

There are some conditions that are deemed “rare” that you are likely to be familiar with, such as acute myeloid leukemia and esophageal cancer.

However, there are other disorders that are so bizarre, you’d be forgiven for thinking they were fabricated by an eccentric film writer.

We take a look at five of the strangest medical conditions that you probably never knew existed.

Named after Lewis Caroll’s classic books, in which Alice finds herself growing and shrinking, Alice in Wonderland syndrome (AIWS) is a brain disorder that impairs a person’s perception of size.

Also known as Todd’s syndrome or lilliputian hallucinations, individuals with the condition can experience alteration of body image or their surrounding environment, whereby they perceive body parts or external objects to be bigger or smaller than they actually are.

Such misperceptions most commonly occur at night; a 2014 report published in the Journal of Pediatric Neuroscience describes a case of a 6-year-old boy who – within 15-20 minutes of being in the dark – began visualizing objects as being far away, making them appear smaller.

While it is unclear exactly what causes AIWS, epilepsy, brain tumors, use of psychoactive medications, and Epstein-barr virus have been associated with development of the condition.

The disorder is most common among children, often disappearing by the time they reach adolescence. However, it can persist into adulthood.

In 2013, The Daily Mail reported on a 24-year-old British woman with AIWS. Abigail Moss had began experiencing attacks of AIWS since the age of 5 years, and they occurred almost every other day during childhood. While her attacks are less frequent in adulthood, they still arise a few times each year.

Abigail describes what it feels like when having an attack:

“An attack gradually builds up on you. You feel like the room is shrinking in on you and that your body’s becoming larger. Your arms and legs start to feel longer. Things look further away or seem smaller than they are. Everything feels exaggerated and movements feel faster and sudden.

It feels exactly how Alice did in the book – the way everything feels big or small and strangely out of proportion.”

Considering that around 60 percent of the human body is made up of water, it may come as a surprise that some individuals are allergic to the wet stuff. This condition is known as aquagenic urticaria.

People with aquagenic urticaria rapidly develop itchy hives after their skin comes into contact with water, particularly on the neck, arms, and upper trunk of the body. 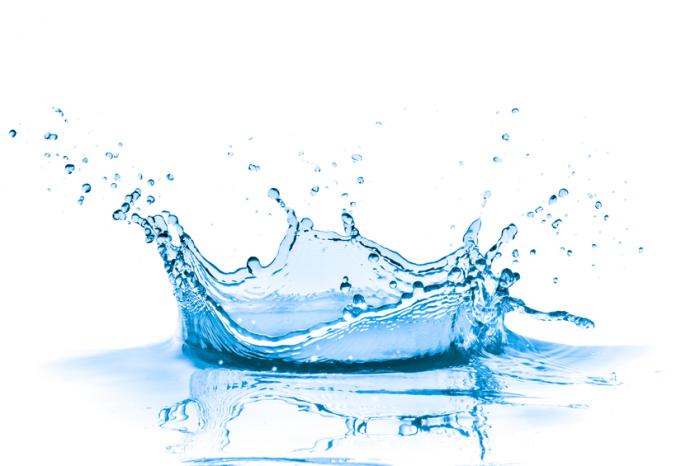 Water allergy causes patients to break out in hives.

This means that people with the condition are unable to engage in a number of normal everyday activities, including taking a bath or shower, going swimming, or going outside in the rain. Even crying can lead to a breakout of hives for some individuals, and in rare cases, drinking water can trigger an allergic reaction.

The number of people who are affected by water allergy is unclear, though studies suggest the condition is more common in women than men, and onset normally occurs during puberty or just after.

The underlying causes of water allergy are unclear, but there are some theories. Some researchers believe the condition arises as a result of substances that have dissolved in water, which enter the skin and activate an immune response.

Another theory is that a substance on or in the skin interacts with water to create a toxic compound, which causes hives.

Because water allergy is so rare, few studies have been conducted to determine the effectiveness of treatments for the condition. Water allergy-related hives are not triggered by the chemical histamine, so common antihistamine drugs – such as Benadryl – are normally ineffective.

It sounds like something from Dawn of the Dead, and – with the exception of wanting to eat human flesh – it’s not far off.

Also known as Cotard’s syndrome or Cotard’s delusion – named after Parisian neurologist Dr. Jules Cotard, who first described the condition in 1882 – walking corpse syndrome is a mental disorder whereby a person believes they are missing body parts, or that they have lost their soul or died.

Individuals with the disorder may avoid eating and drinking, with the belief they do not need to because they don’t exist, and their day-to-day activities often include visiting cemeteries, in order to be closer to death. They may also neglect their personal hygiene and physical health. 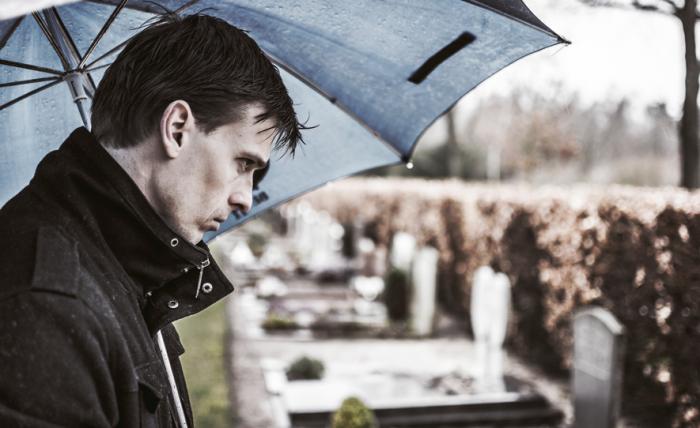 People with walking corpse syndrome may often visit cemeteries in order to be closer to death.

While it is an extremely rare condition for which the causes remain unclear, walking corpse syndrome has been described in a number of case reports, often occurring alongside other mental illnesses – such as schizophrenia and mood disorders.

One such case – published in the journal Psychiatry in 2008 – involved a 53-year-old woman from the Philippines. The woman complained to her family of smelling like rotting flesh, and she requested to be taken to a morgue in order to be in the company of other dead individuals, leading her to be admitted to a psychiatric hospital.

Perhaps one of the most interesting cases of walking corpse syndrome is one involving a man identified only as Graham. After attempting suicide by taking an electrical appliance into the bath with him, he awoke believing that his brain was dead.

“I just felt like my brain didn’t exist any more,” Graham told New Scientist in 2013. “I kept on telling the doctors that the tablets weren’t going to do me any good because I didn’t have a brain. I’d fried it in the bath.”

Graham became the subject of a 2013 study published in the journal Cortex, in which researchers from the United Kingdom and Belgium scanned his brain.

They were stunned to find that Graham’s brain resembled that of someone who is in a vegetative state, even when he was wide awake. In detail, he showed limited activity in the brain’s frontal and parietal regions.

“I’ve been analyzing PET scans for 15 years and I’ve never seen anyone who was on his feet, who was interacting with people, with such an abnormal scan result,” said study co-author Steven Laureys, of the University of Liège in Belgium. “Graham’s brain function resembles that of someone during anesthesia or sleep. Seeing this pattern in someone who is awake is quite unique to my knowledge.”

With the help of psychotherapy and medication, Graham’s situation has improved, but as yet, there is still no cure for what is a truly disturbing illness.

You are likely familiar with the mythological creature Medusa – a hideous monster that can turn living creatures to stone with a single glare.

In the real world, however, there is a medical condition that is just as deadly: stone man syndrome.

Stone man syndrome – also known as fibrodysplasia ossificans progressiva (FOP) – is a genetic condition in which muscle and connective tissue – such as ligaments and tendons – regenerate as bone in response to damage, gradually forming a second skeleton and causing immobility.

Estimated to affect 1 in 2 million people across the globe, stone man syndrome is caused by a mutation in the ACVR1 gene – a gene that controls cell growth and proliferation in muscles and connective tissue.

Most cases of the disorder arise from spontaneous gene mutations, though it has been known for such mutations to be inherited from one affected parent.

Stone man syndrome is a devastating and disabling condition. It only takes the smallest injury to trigger bone growth in replacement of damaged muscle, and there is no cure for the syndrome or even any effective treatments; surgery to remove excess bone just encourages more bone growth.

Last year, 23-year-old Whitney Weldon from New Jersey – one of the estimated 285 people in the U.S. known to have stone man syndrome – spoke to The Daily Mail about living with the condition.

Whitney was diagnosed with the condition at the age of 9, after a neck injury led to severe swelling in her back. By the age of 19, bone had started forming in her hips, requiring the use of a wheelchair.

While her condition is worsening, Whitney is taking part in clinical trials in an attempt to find drugs that halt new bone formation in stone man syndrome, which is helping her stay positive.

“I don’t think about the idea that one day I could be a statue,” Whitney told The Daily Mail. “But I know that medical advancements won’t happen overnight. I just stay positive and live my life.”

An out-of-control hand might prompt thoughts of “Thing” from The Addams Family, but it is a very real medical condition, known as alien hand syndrome (AHS).

AHS is a rare motor disorder characterized by involuntary, yet purposeful activity in one hand. For example, a person with the condition may start buttoning their shirt with one hand, while the other hand unbuttons it without them realizing.

Occasionally, patients with AHS may also experience involuntary movements in one of their legs, termed alien leg phenomena. 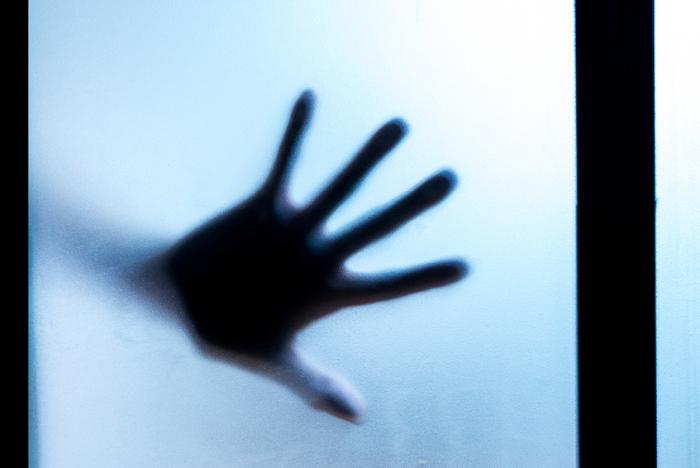 AHS is characterized by uncontrollable, but purposeful movements in one hand.

In severe cases, the “alien hand” may be aggressive; there have been reports of people with the condition spontaneously hitting and slapping themselves, while some patients have even reported that their out-of-control hand tries to choke them.

One case of the latter was described in a 1998 paper published in the Journal of Neurology, Neurosurgery & Psychiatry; an 81-year-old woman reported that she “feared” her left hand, after it repeatedly hit her and attempted to strangle her.

Brain scans of patients with AHS have indicated that the condition may arise as a result of lesions in areas of the brain involved in motor control, planning, and sensory relay, including the corpus callosum, and the frontal, parietal, and occipital lobes.

Such lesions may occur after stroke, through neurodegenerative illnesses – such as Alzheimer’s disease – brain tumors, and seizures. Certain forms of brain surgery have also been reported to trigger AHS.

There are currently no approved medications for AHS; there are behavioral interventions that can help patients regain control over their hand movements, though none are 100 percent effective.

Because these bizarre medical conditions are so rare, it is perhaps unsurprising that there is little research into precisely what causes these illnesses and how they can be treated.

But there is good news for patients with such conditions; health organizations – including the Everylife Foundation for Rare Diseases, the U.S. Food and Drug Administration (FDA), and the National Institutes of Health (NIH) – are collaborating to advance research into rare illnesses.

If such work continues, there may be hope for the millions of people across the globe who are living with uncommon illnesses.

Flossing Is Really Worth It?