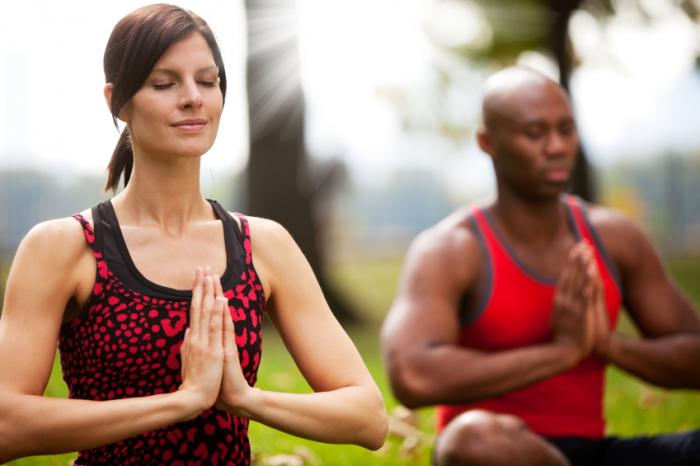 Unless they improve their lifestyle, patients with prehypertension are likely to develop hypertension in the long term.

According to a study presented at the 68th Annual Conference of the Cardiological Society of India (CSI), yoga may have unexpected health benefits for patients with prehypertension.

Studying the effects of yoga in prehypertension patients

Researchers – led by Dr. Ashutosh Angrish, cardiologist at Sir Gangaram Hospital in Delhi, India – examined the effect of hatha yoga on the blood pressure of 60 patients with prehypertension.

They divided the participants into two groups of 30. One group practiced hatha yoga for 3 months in addition to making conventional lifestyle changes, while the control group only made lifestyle changes.

Hatha yoga is at the basis of modern yoga, but it places less emphasis on physical postures than most yoga practices today.

Participants practiced 1 hour of yoga daily for 1 month with an instructor. Then, patients practiced yoga at home at the same rate for the remaining 2 months.

By comparison, the control group did not present any significant change in blood pressure.

Although these reductions appear to be small, Dr. Angrish explains they “could be clinically very meaningful because even a 2 mmHg decrease in diastolic blood pressure has the potential to decrease the risk of coronary heart disease by 6 percent and the risk of stroke and transient ischaemic attack by 15 percent.”

Researchers are not yet clear on how yoga reduces blood pressure, but Dr. Angrish ventures an explanation.

“The exact mechanism is not clear from our study but it has been postulated that yoga may decrease the sympathetic drive, reset the baroreceptors and cause neurohumoral effects. The findings suggest that a combination of all three components of yoga – asanas, pranayama and meditation – is helpful but our study is unable to pinpoint their individual contribution.”

The health benefits of yoga

Dr. Shirish Hiremath, CSI president elect and chairman of the CSI 2016 Scientific Committee, urges young people to take up yoga, as it is both economical and convenient.

“Yoga is a part of traditional Indian culture, and has shown clear benefit in cases of prehypertension,” he says.

“[It is] easy to practice and can be adapted by masses and is also very economical; yoga can go a long way in improving the overall health of the country, as hypertension is affecting a large number of young Indians. Yoga can turn out to be just the correct answer for people at risk.”

Dr. Angrish thinks doctors should recommend yoga to their patients.

“Our research suggests that patients with prehypertension should be advised to practice hatha yoga (a combination of asanas, pranayama, and meditation) for 1 hour daily. It may prevent the development of hypertension and in addition give a sense of well-being.”

Caffeine Does Not Induce Arrhythmia And Heart Failure Patients