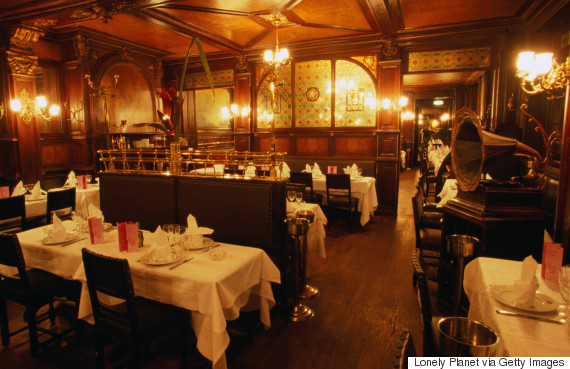 A sign warns of the dangers of measles in the reception area of a pediatrician’s office in Scottsdale, Ariz., Saturday, Feb. 7, 2015. Health officials in the state continue to see cases of the disease which had been eradicated in the U.S. (AP Photo/Tom Stathis) | ASSOCIATED PRESS

People on social media pilloried them as the “measles family” after they became infected with the virus during their Disneyland vacation and brought the disease back to their hometown of Kearny, Arizona.

Now, after exposing an estimated 1,000 people to the virus, Jannae Yslas-Roach, a 32-year-old mother of four, explained her family’s side of the story in an in-depth interview with The Arizona Republic about the family’s ordeal.

Yslas-Roach told The Arizona Republic that the variation and ambiguousness of their measles symptoms, as well as doctors’ unfamiliarity or lack of urgency when faced with potential measles cases, resulted in delays in diagnosing. This left the family more opportunities to expose others to the disease over several weeks in January. In all, because family members made multiple trips to different health centers or ran errands, the group is thought to have exposed about 1,000 people in Arizona to the virus, including those too young or immunocompromised to get the vaccine.

“I never in a million years thought this would go as far as it has,” Yslas-Roach said to the Arizona newspaper. “I’m a believer that if you do not vaccinate your children, you have a responsibility to keep your kids out and away from others, if they’re sick.”

Like Yslas-Roach before the disease, other parents who decide not to vaccinate their children say that their choices aren’t a threat to the wider community because they can build their children’s immunity naturally through food or they’re strict about keeping their children home at the first sign of illness.

But Yslas-Roach’s story illustrates the holes in this line of logic. Despite non-vaccinating parents’ insistence that they are perfectly in control of their children’s health, and would never purposefully expose others to deadly diseases, the fact is there’s no way to have total control over how a virus spreads — and they do end up exposing others to contagious diseases.

Check out The Arizona Republic to learn more about Yslas-Roach’s ordeal, and how she plans to protect her family from future diseases.

The fact that the Yslas-Roach family was able to expose so many people to the measles is not a surprise. The virus can live for up to two hours on surfaces or in the air and is one of the most contagious diseases in the world. To make matters worse, the measles’ initial symptoms — fever, cough and a runny nose — can easily be mistaken for other illnesses.

It’s only about three to five days after those initial symptoms, that people are stricken with the tell-tale measles rash. But by the time they have the rash, they’ve already been able to transmit the virus to others for four days, according to the CDC.

If exposed, 90 percent of people who don’t have a measles vaccine will get it, according to the Centers for Disease Control and Prevention. In contrast, two doses of the vaccine as recommended is 97 percent effective at protecting people from measles.

Health authorities recommend that children get the measles vaccine, usually bundled in a measles, mumps and rubella shot, twice: once at 12 to 15 months and then again at four to six years old. While complications from the measles are rare, they are devastating. Children who survive measles can suffer from permanent deafness and brain damage, while one to two out of 1,000 children will die from the disease.

The U.S. declared the disease defeated in 2000, but backsliding vaccination rates in certain communities have left people vulnerable to contracting the illness abroad or from those who have traveled abroad, where measles rages on.

Health authorities at the CDC agree that this is what most likely happened at Disneyland in Dec. 2014, where dozens of people contracted the virus. As of Feb. 20, a total of 154 people across the country have had the measles so far this year, and 118 of the cases are linked to a visit to the theme park.

Learn more about the signs and symptoms of measles, as well as its complications, in the graphic below. 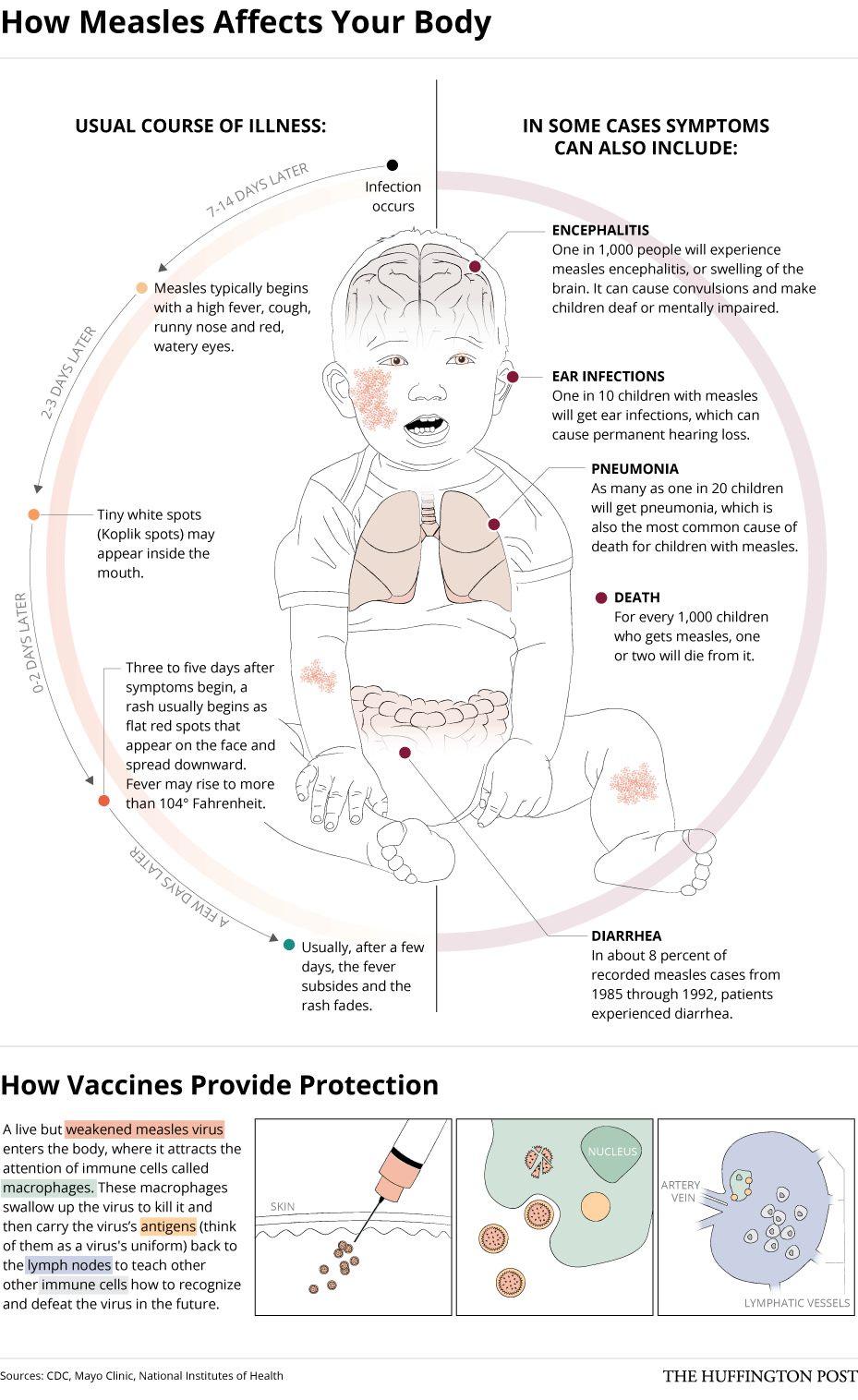