About the lack of estrogen in postmenopausal women likely to suffer from post-menopausal osteoporosis causes and women. Simply put its mechanism of action may be carried out through the following means: ① estrogen can promote calcitonin secretion and inhibit osteoclast activity function. ② The lack of estrogen, it inhibits the secretion of parathyroid hormone. 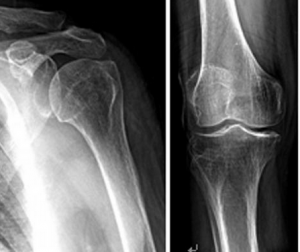 After menopause, women with osteoporosis struggle more with urinary incontinence than women with healthy bones do. But physical therapy that includes pelvic floor muscle training can produce dramatic improvements, shows a study published online today in Menopause, the journal of The North American Menopause Society. The study is the first-ever randomized, controlled trial of physical therapy for these urinary troubles in postmenopausal women with osteoporosis or low bone mass.

The researchers from the BC Women’s Hospital & Health Centre in Vancouver, British Columbia, and the University of Montreal, Quebec, recruited 48 women age 55 and older from an osteoporosis clinic and the waitlist for a continence clinic. All the women had gone through menopause and had incontinence and osteoporosis or low bone density. Incontinence included stress incontinence–leaking with activity that puts pressure on the bladder, such as coughing, laughing, or running, urge incontinence–leaking before reaching the toilet when there is a strong urge to urinate, or a mixture of the two types.

Half of the women went through 12 weekly sessions of physical therapy with a trained physical therapist. The therapy involved pelvic floor muscle exercise and retraining with biofeedback as well as other advice and techniques such as urge control and dietary changes. The other women had a three-hour education session on physical activity, diet, and medications used to prevent or treat osteoporosis, one-on-one sessions with a dietitian and physical therapist, and extensive follow-up discussions with healthcare providers. At the beginning of the study and after three months and one year, all of the women completed bladder diaries, incontinence and self-efficacy questionnaires, and pad tests, which measure how much urine leaks over 24 hours. The researchers who assessed patients’ progress or collected or analyzed the data did not know which patients got physical therapy and which got osteoporosis education.

No one knows why women with osteoporosis after menopause have worse problems with incontinence than those who don’t have osteoporosis. But it is crucial for them to have effective treatment for incontinence.

As NAMS Executive Director JoAnn V. Pinkerton, MD, NCMP, points out, “Many women with incontinence find themselves limiting physical activity out of fears of leakage. But women with bone loss or at risk for bone loss need strength training in addition to adequate calcium and vitamin D to prevent further bone loss and decrease fracture risk.”

Dr. Pinkerton finds this study particularly important for clinical care of these women because of the sustained, long-term improvement in incontinence with physical therapy in the group of postmenopausal women who need treatment the most–those who already have bone loss and need physical activity to improve their bone density.