Autism is a medical term, also known as autism, is classified as a due to neural development disorder, its symptoms include abnormal social skills, communication skills, interests and behavior patterns and the symptoms were more common in male. 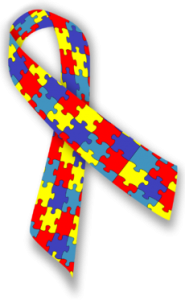 Many early-onset neurodevelopmental disorders, including autism spectrum disorders, are more common in males than females. The origin of this gender bias is not understood, partially due to a major gap in research on sex differences regarding how the brain typically develops. According to a new study presented today at the annual meeting of the American College of Neuropsychopharmacology, female infants have larger volumes of gray matter around the temporal-parietal junction of the brain than males at the time of birth. The temporal-parietal junction, or TP, which is found under the temporal bones near the ears, integrates the processing of social information as expressed in others’ faces and voices, a function that is impaired in those with autism spectrum disorders. Sex differences in this area of the brain may be a clue as to why males are at higher risk for certain forms of autism spectrum disorders. Dr. Rebecca Knickmeyer’s group at the University of North Carolina Chapel Hill has been characterizing sex differences in brain development in a group of over 800 normal newborns, who are assessed until they are 2 years old, using brain imaging and measures of sex hormones in saliva.

Another main finding in Dr. Knickmeyer’s work is that by the age of two, myelination of long fiber tracks in the brain is more developed in males than in females. Myelination is the development of an insulating myelin sheath around nerves so that they are able to transmit information more quickly. Dr. Knickmeyer has also shown that a genetic disorder that only occurs in females – Turner Syndrome, which is marked by the partial or complete loss of one of the two X sex chromosomes that females have, also involves a significant decrease in brain volume in inferior parietal lobes (just above the TPJ). This suggests that inferior parietal lobe volume can be influenced, at least in females, by sex chromosomes.