In 2005, Laura and her husband Tim opened a bakery in Ypsilanti, Michigan, fulfilling a lifelong goal of Tim’s. In July 2012, Tim was diagnosed with stage IV lung cancer. He died in October 2013 at age 53. This is Laura and Tim’s story.

How It Happened: In May 2012, my husband went out of town to a car show. It was inside a tent and when he came outside, his left eye was clouded over. He went to a regular eye doctor, who referred him to a specialist. I live in Ann Arbor and the Kellogg Eye Center here is pretty famous, so he went there. The doctor knew immediately what this was associated with and ordered a scan. It was the day before the Fourth of July. My husband had the scan and the day after, while I was at work, he went to review the results with his primary-care doctor. They called me immediately. You get really shellshocked — that’s the first, sort of awful part. Then the road opens up and you have no idea what’s on that road.

Before the treatment could even start — a week later, my kids called me at work. “Mom, something’s wrong. He’s in pain.” Compression fractures had occurred in his spine. He was rushed to the emergency room. Then it’s these sort of spiraling events. All these things start happening all at once. It’s tough, physically and emotionally. They don’t show you the scans, they tell you about them. I remember one of the oncology doctors, midway through radiation, actually pulled up the picture of his spine with tumors in it. It makes you want to faint.

You are trying to figure out the logistics of everything. The logistics are harder than anybody can really ever imagine. It’s not where everybody sits around and has a nice meal and listens to nice music. It’s not like that. It’s trying to help your husband keep food down and keep him comfortable. You are on-call every second of the day. As a caregiver, you get your adrenaline levels going and after a while they get completed depleted.

I grew up with a dad who was a cardiologist, and people died suddenly from heart attacks all the time. I knew that this could happen. Death happens. My husband had never thought about death. He really didn’t know how to process it. He just wasn’t that kind of person. He had no concept of what was going to lie ahead of him. 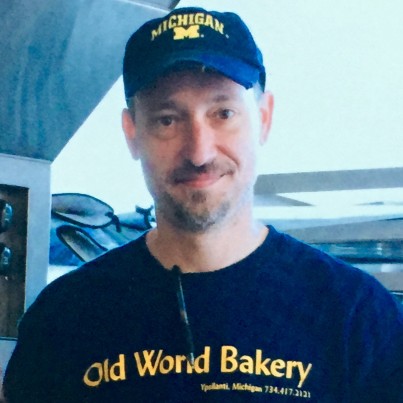 How I Coped: In February 2013, I remember walking out to my car, my brain just in turmoil. There was all this talk of divorce and crazy stuff. A friend of mine, who’s big into yoga, took a CD out of her car. She goes, “Take this.” The CD was by a yoga instructor she was friends with, and it was really him just talking the listener through closing her eyes and breathing. The minute I put that CD in my car, that’s what I did every day. I started with meditation. What you’re doing is letting go for a moment. You can’t control the situation, but you need to think clearly to understand how to navigate it. I grew up in the sixties in Kentucky. It’s a little traditional — you don’t grow up with that whole thing about taking care of yourself. I had to read a lot of articles about how it was okay to take care of myself.

Where I Stand: People sit back and think, “I can’t believe somebody is going to not fight this thing.” Well, it’s the stupidest fight on the planet. Why spend your energy fighting something if you can end things with your family in a peaceful, loving way? I told people at work: If my husband had gotten diagnosed and died suddenly, I’d be sitting here, in the middle of 2013, crying because I had lost the love of my life. Here I was in the middle of 2013 praying. Really praying, that God, or nature, or the universe, would just take him. It’s really hard on the family.

I realized that if I were faced with my own diagnosis, if it were one like lung cancer, I would never go down that path. Not because I don’t believe in medicine, or society, or because I’m really negative. I just know that for me personally, it wouldn’t be worth it. I sat there in oncology — I didn’t even sit in the waiting room, I sat near the radiation because I had to help my husband in and out of his room. I saw him in all kinds of situations and it was pretty eye-opening. I know personally, I would choose death.

What I Learned: I told Tim when he started his bakery, “Do this now, sweetheart.” It was a great move for him and I’m so glad we did it. I remember telling him, “Do this because you don’t know what your life will bring. You don’t know when you’re going to die or when something will happen to make you not be able to do this.”

Now that it’s over, the other half of it, I have to say, is that life never looked so beautiful. When I go on a walk, I am literally smiling. I thank God every day that I can walk. It changed my whole perspective on the beauty around me. That’s the good part that comes out of it.

My daughter convinced me to join the Y that’s not too far from our home. I walk down that street — my husband and I had a couple of friends who lived on this street, way back before kids. I walk by those houses and I go, “That’s right. We used to have a great time.” That’s the piece that is remaining, luckily. Through the whole grieving process, I never thought that any of that good stuff would come back, but it did, in an even bigger way. It’s hard not to walk by those houses and start to laugh and smile and appreciate life.

As told to Erin Schumaker. This email and interview have been edited for length and clarity.

Do you have a story about cancer and emotional wellness you’d like to share? Email us at healthyliving@huffingtonpost.com to share your thoughts in your own words. Please be sure to include your name and phone number.

The ER Death Rate in U.S. Drops by Nearly Half