With little over 3 weeks until the presidential election, the candidates are busy campaigning in a final attempt to win our vote. But according to new research, Hillary Clinton and Donald Trump should perhaps focus less on their policies and more on their personal appeal. 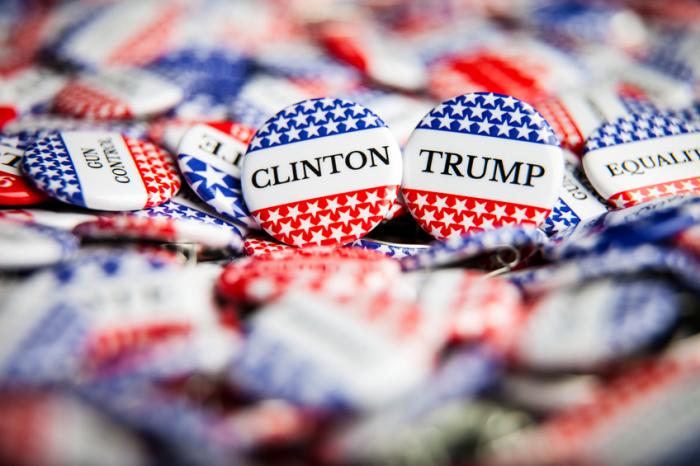 Researchers say voters are more likely to be swayed by candidates’ identities than their policies.

Researchers from Duke University in Durham, NC, reveal the development of a new model that shows the general public consider a candidate’s identity as more important than their policies when it comes to deciding who to vote for.

The aim of the new model is to better predict voting behaviors by considering the importance of candidate identity – something the research team says has been overlooked with traditional models.

Study co-author Scott Huettel – a professor in the Department of Psychology and Neuroscience at Duke – explains that conventional voting models assume that electorates assess the policy positions of candidates and opt for the candidate whose positions are closest to their own.

However, the researchers point to surveys that have shown only a small number of voters are able to explain such policy positions with accuracy, even when it comes to major issues, such as gun control.

In the journal Trends in Cognitive Sciences, Huettel and team propose a new model that takes candidates’ identity into account when assessing voting behavior, which they say could offer more accurate predictions of voting outcomes.

“One of the most striking features of elections is just how strongly people feel about the candidates, despite not being experts in all the issues in the election,” notes Huettel.

“When we vote, that action can reinforce features of our own identity, such as our patriotism or our identification with a social group. We think that relying on identity allows people to make voting decisions in ways that aren’t predicted by older models.”

The new model describes three ways in which the identity and policy positions of candidates and voters play against one another in order to influence voting outcomes:

1) The act of voting vs. voting consequences

The researchers cite psychological studies that have shown the availability of an immediate reward tends to lower the value of long-term benefits.

In the case of voting, the researchers explain that the act of voting itself is a powerful indicator of personal identity – for example, it may be seen as demonstrating a sense of community with other individuals who have voted for the same candidate.

2) Social reputation vs. own interests

Huettel and team say that more often than not, an individual is more concerned with their reputation than their personal interests.

As a result, voters are more likely to choose a candidate that is favored by their social group to protect their reputation, while personal political views take a back seat.

When it comes to voting, the researchers suggest that how well each candidate fits with our own social identity is of great importance, and it may even overshadow our political values.

“We conceive of the balance between identity and policy as like turning a dial,” says Huettel. “When people think more about identity, like when considering an appeal to their social class or sense of self, then that diminishes the effect of policies upon their votes.”

The team uses the 2016 Republican primaries as an example. Because all candidates belonged to the same political party and had similar policy positions, they had to gain the public vote by appealing to identity-related issues – such as race and religion.

“These identities are less well connected to policy than party identity, which can’t be used in primaries,” notes study co-author Libby Jenke, a graduate student in political science at Duke. “This explains why previous models, with their emphasis on policy, do better at predicting general elections than primaries.”

Many electorates believe their vote ‘says something about who they are’

Huettel says that in the current presidential election, identity has played a significant role in public support for both political parties.

“[…] there are large swaths of the electorate who see their vote not just as an expression of policy positions, but as saying something about who they are, like saying, ‘I voted to protest corruption or I voted because I’m not part of the Washington Elite.’

When they connect with a candidate, what are being reinforced are the identity variables and not the policy positions.”

While their new model requires further testing, Huettel and colleagues believe accounting for identity may boost the accuracy of traditional models to better predict voting outcomes.

“Even in its early and simplified form, our approach points to a new direction for solving a classic problem in political science: understanding why voters often reject a candidate who supports their interests in favor of another candidate who fits their symbolic ideals,” the authors conclude.

Read about a study that suggests taller people are more likely to vote conservative.