Scientists have discovered how a lack of vitamin E could cause damage to the brain – by disrupting the supply of nutrients to the brain that are crucial to neuronal health. 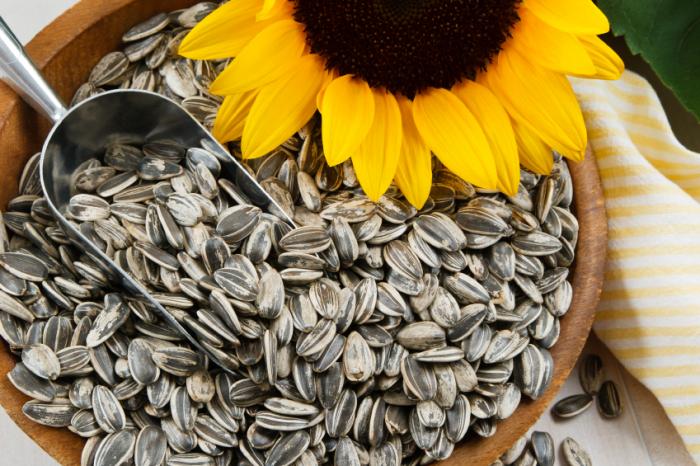 One ounce of dry-roasted sunflower seeds contains 7.4 mg of vitamin E – 37% of its daily value.

The study, conducted by researchers at Oregon State University and published in the Journal of Lipid Research, involved examining zebrafish fed a diet deficient in vitamin E throughout their lives.

Zebrafish deficient in vitamin E were found to have around 30% lower levels of DHA-PC, a component of the cellular membrane of brain cells (neurons). Previous research suggests that low levels of DHA-PC in humans are associated with a higher risk of developing Alzheimer’s disease.

Additionally, the vitamin E-deficient fish also had lower levels of an important group of compounds called lysoPLs – nutrients that are needed to get DHA into the brain as well as for assisting the repair of damaged membranes. LysoPL levels were, on average, 60% lower in the zebrafish deficient in vitamin E.

“You can’t build a house without the necessary materials,” says lead author Dr. Maret Traber. “In a sense, if vitamin E is inadequate, we’re cutting by more than half the amount of materials with which we can build and maintain the brain.”

DHA is a polyunsaturated fatty acid (PUFA) and is identified by experts as one of the most important nutrients obtained from omega-3 fatty acids. These acids are commonly found in foods such as fish oils, flax, walnuts, eggs and leafy dark green vegetables like spinach.

“Human brains are very enriched in DHA but they can’t make it, they get it from the liver,” explains Dr. Traber. “The particular molecules that help carry it there are these lyso PLs, and the amount of those compounds is being greatly reduced when vitamin E intake is insufficient. This sets the stage for cellular membrane damage and neuronal death.”

Dr. Traber states that other research has demonstrated that the rate of Alzheimer’s disease progression can be reduced with increased vitamin E intake. However, she suggests that the neurological disorder may just indicate long-term neuronal damage that has already occurred.

The researchers will next turn their attention to examining the effects of vitamin E deficiency on zebrafish embryos. The present study was partly funded by the National Institutes of Health (NIH).

According to the NIH, most vitamin E is obtained from the oils of soybean, canola, corn and other vegetables. The best sources of the vitamin are nuts and seeds such as sunflower seeds, almonds and hazelnuts. Green leafy vegetables such as spinach and broccoli also contain significant amounts of vitamin E.