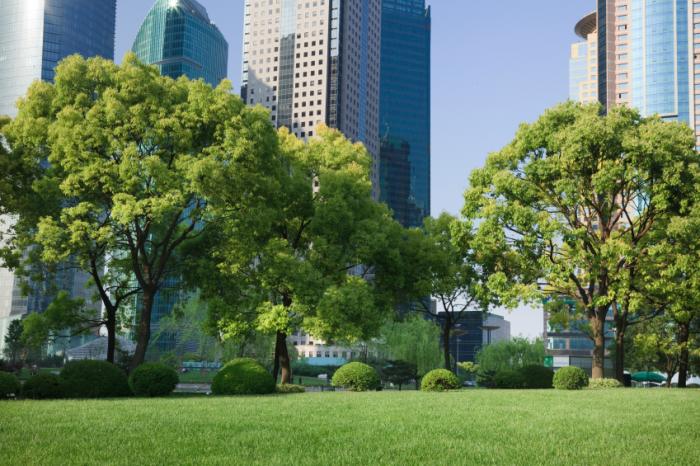 The researchers say their study should spur more

greening in our cities.

Writing in the Journal of Environmental Psychology, researchers from the University of Melbourne in

lasting under a minute can boost concentration.

the view is of a concrete roof.

For the study, the team assessed the performance of 150 students carrying out a boring mental task in a city

corresponding key on the keyboard – unless it was the number three.

rooftop scene. For half of the students, the view was of a green flowering meadow rooftop. For the other half, the view

was of a bare concrete roof.

The results showed that after their microbreak, compared with their peers who viewed the concrete

rooftop, the students who glanced at the grassy rooftop made significantly fewer mistakes and showed better

concentration in the second half of the boring task.

Lead author Dr. Kate Lee, of the faculty of science at Melbourne, says the study shows just looking at an

image of nature for under a minute can help us perform tasks more effectively. She adds:

“We know that green roofs are great for the environment, but now we can say that they boost attention too.

Imagine the impact that has for thousands of employees working in nearby offices.”

throughout the day: “It’s something that a lot of us do naturally when we’re stressed or mentally fatigued.”

“There’s a reason you look out the window and seek nature; it can help you concentrate on your work and to

maintain performance across the workday,” she adds.

Dr. Lee says the findings deliver an important message about workplace well-being and should spur more

greening in our cities. She concludes:

future of our cities will be a very green one.”

people are at work.

The study adds to mounting evidence that green spaces are good for mental well-being. In January 2014,

called for more green spaces in towns and cities as they can bring lasting benefit to public health.

moved to greener areas and found not only did it improved their mental health, but also that the benefit