Many of us have turned to commercial weight-loss programs in a bid to shed the pounds. But do they really work? According to a comprehensive review of such programs conducted by Johns Hopkins researchers, very few are effective. 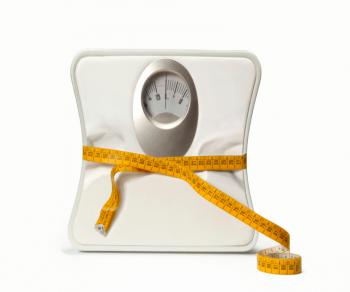 Weight Watchers and Jenny Craig were found to be the best programs for long-term weight loss, according to the review.

Dr. Kimberly Gudzune, an assistant professor of medicine at the Johns Hopkins University School of Medicine, and colleagues publish the findings of their review in the Annals of Internal Medicine.

More than a third of adults in the US are obese. According to the US Preventive Services Task Force (USPTF), clinicians should recommend overweight or obese patients to engage in weight-loss interventions, which may include commercial weight-loss programs.

But according to Dr. Gudzune and colleagues, clinicians have limited reliable evidence as to which commercial weight-loss programs they should recommend.

“Primary care doctors need to know what programs have rigorous trials showing that they work, but they haven’t had much evidence to rely on,” says Dr. Gudzune. “Our review should give clinicians a better idea of what programs they might consider for their patients.”

For their final review, the researchers only included randomized controlled trials – in which participants were assigned to either a commercial weight-loss program or a less comprehensive intervention – and studies that lasted for a minimum of 12 weeks.

The team found that they were left with only 39 trials assessing 11 weight-loss programs. Included were three high-intensity programs – Weight Watchers, Jenny Craig and NutriSystem. These programs include self-monitoring, goal setting, nutritional information and counseling.

From analyzing the trials of these programs, the researchers found that Weight Watchers and Jenny Craig were the most effective programs for long-term weight loss.

Studies of these programs lasted at least 12 months, and they showed that participants lost more weight when following the programs than those who dieted alone or who received printed health information or weight-loss counseling.

“Given these findings,” say the researchers, “it may be reasonable for clinicians to refer patients to Weight Watchers or Jenny Craig.”

NutriSystem also demonstrated higher weight loss after 3 months, compared with less intensive interventions. However, the researchers note that no long-term studies on this program could be identified, and knowing the long-term results of a weight-loss program is key for determining its health benefits.

“We want people to experience the health benefits of weight loss – lower blood pressure, cholesterol and blood sugar, and lower risk of developing diseases like diabetes.

Those benefits are long-term goals; losing weight for 3 months, then regaining it, has limited health benefits. That’s why it’s important to have studies that look at weight loss at 12 months and beyond.”

Studies of all three low-calorie meal replacement programs showed that participants who followed the programs lost more weight than control participants after 4-6 months. The one long-term study of these programs, however, showed no weight loss benefit at 12 months.

Results from trials assessing the Atkins diet “appear promising,” according to the team, which showed that people who followed this program lost more weight at 6 and 12 months than those who had weight-loss counseling alone.

When it came to SlimFast, the Biggest Loser Club, eDiets and Lost It!, the researchers say they could reach no firm conclusions as to whether these programs are effective for weight loss.

The team cautions that although Weight Watchers and Jenny Craig were found to be the most effective commercial weight-loss programs, the weight loss was still “modest,” with participants losing around 3-5% more than control participants.

In addition, they point out that very few studies they analyzed lasted 12 months or more, so they were unable to accurately determine the long-term benefits of the commercial weight-loss programs.

As a result, Dr. Gudzune and colleagues say more rigorous studies of such programs over longer periods are needed.

In February, Medical News Today reported on another study published in the Annals of Internal Medicine, in which researchers claim increasing fiber intake can boost weight loss.